With the creation of Musical Passage: Voyage to 1688 Jamaica, historian Laurent Dubois, composer David K. Garner, and literary scholar Mary Caton Lingold tell the story of a travel document and provide recordings that interpret the fascinating music unexpectedly found within its pages.

They highlight the role of “Mr. Baptiste,” the unknown musician tasked with the writing of the notation, arguing that he may have been a freed black performer native to the colonies, and a composer. The Musical Passage website makes it possible to engage with the music of New World Africans whose enduring legacy fell silent in the historical record for far too long.

The Story Behind Voyage to the Islands

In 1688 a British naturalist and physician, Hans Sloane, visited the Caribbean colonies, spending the majority of his time in Jamaica, where he practiced medicine and collected cultural and ecological artifacts. Years later, in 1707, he published a narrative of his travels titled Voyage to the Islands. The book includes of the earliest and most substantial records of early African diasporic music in the Americas, including several pieces of musical notation, and the earliest known image of a banjo. Over the centuries, African-descended performers would revolutionize music the world over, but few records exist of their earliest performances under bondage. The musical notation in Sloane’s book, and the accompanying descriptive passages, lend insight into the complex world of music in Jamaican slave society.

The creators of musicalpassage.org welcome feedback, questions, and musical interpretations of the pieces via Twitter @musical_passage or email. 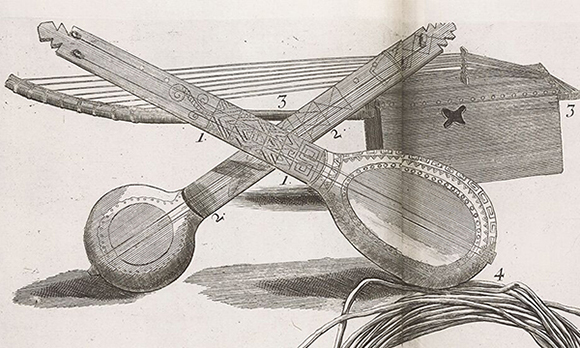 “We know all about famous composers like Mozart — his influences, his travels, his scandals and legacy — but we know hardly anything about the hundreds of thousands of musicians who played vernacular styles — you know, “back porch music” in the same era.” —Mary Caton Lingold 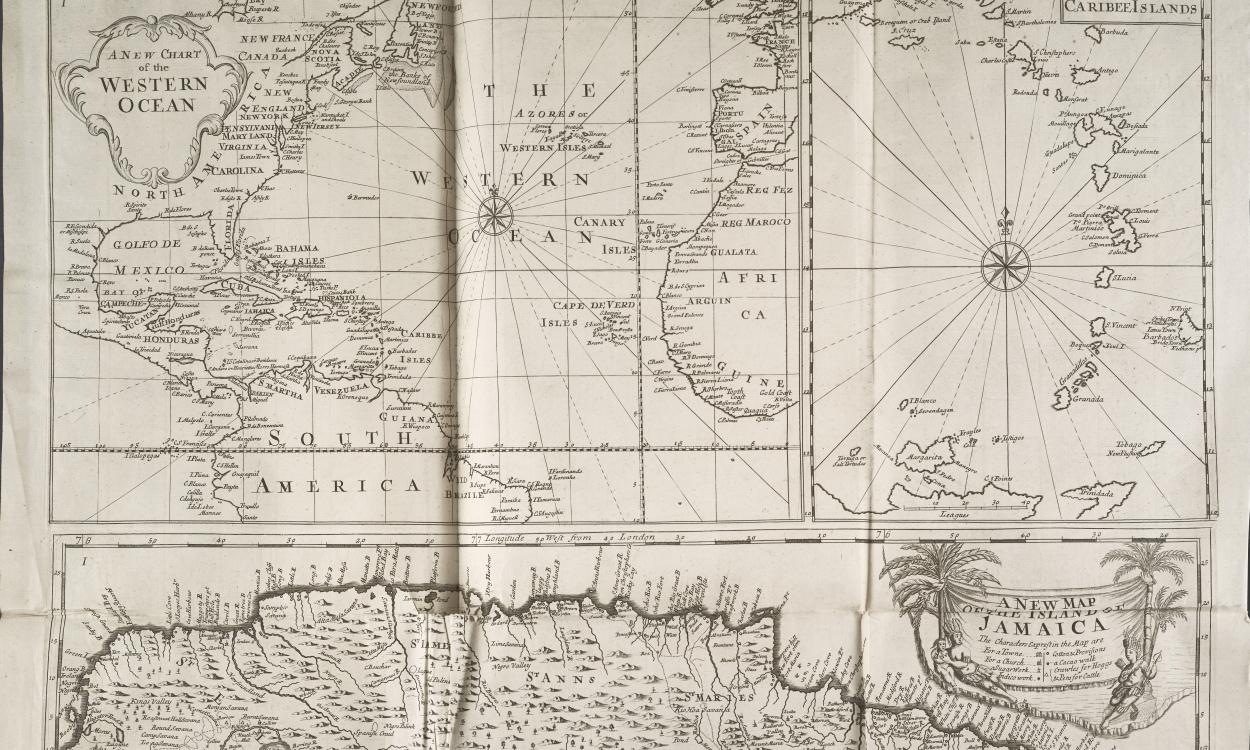 “A Musical Passage Across Time and Place,” Forum Online

“The music at the heart of Musical Passage asks us to imagine the history of colonization and slavery from the perspective of Africans and their descendants, who endured horrifying conditions while creating some of the most influential art in the world.” —Mary Caton Lingold 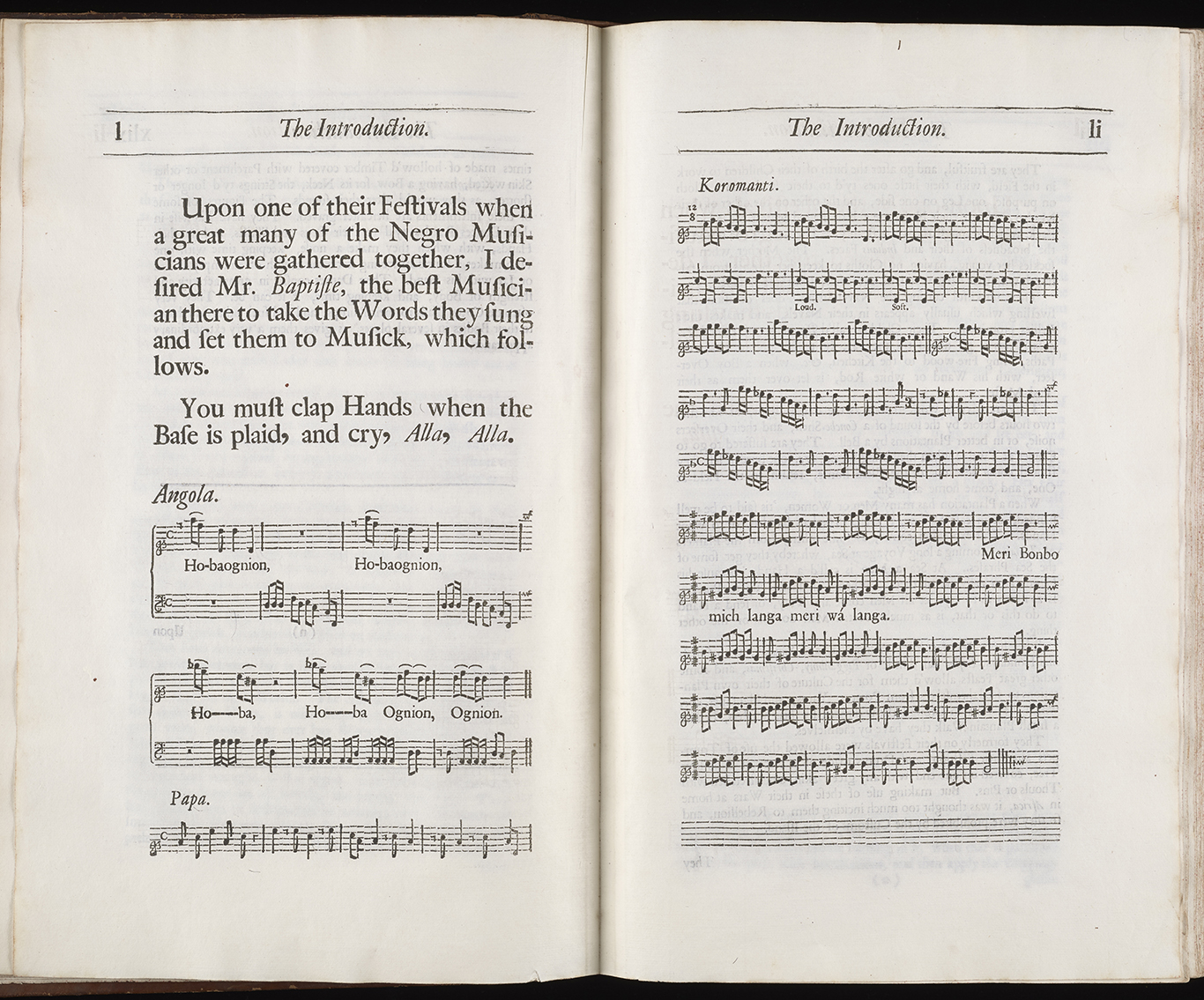 “We read and re-read the lines, debating the meaning of each term. And then David began sounding out these complex songs, on banjo and mbira. Each time he did, we heard something new and different, and it changed how we read the words, too. The music and the text began to shift, together, and our interpretation got richer and richer.” —Laurent Dubois 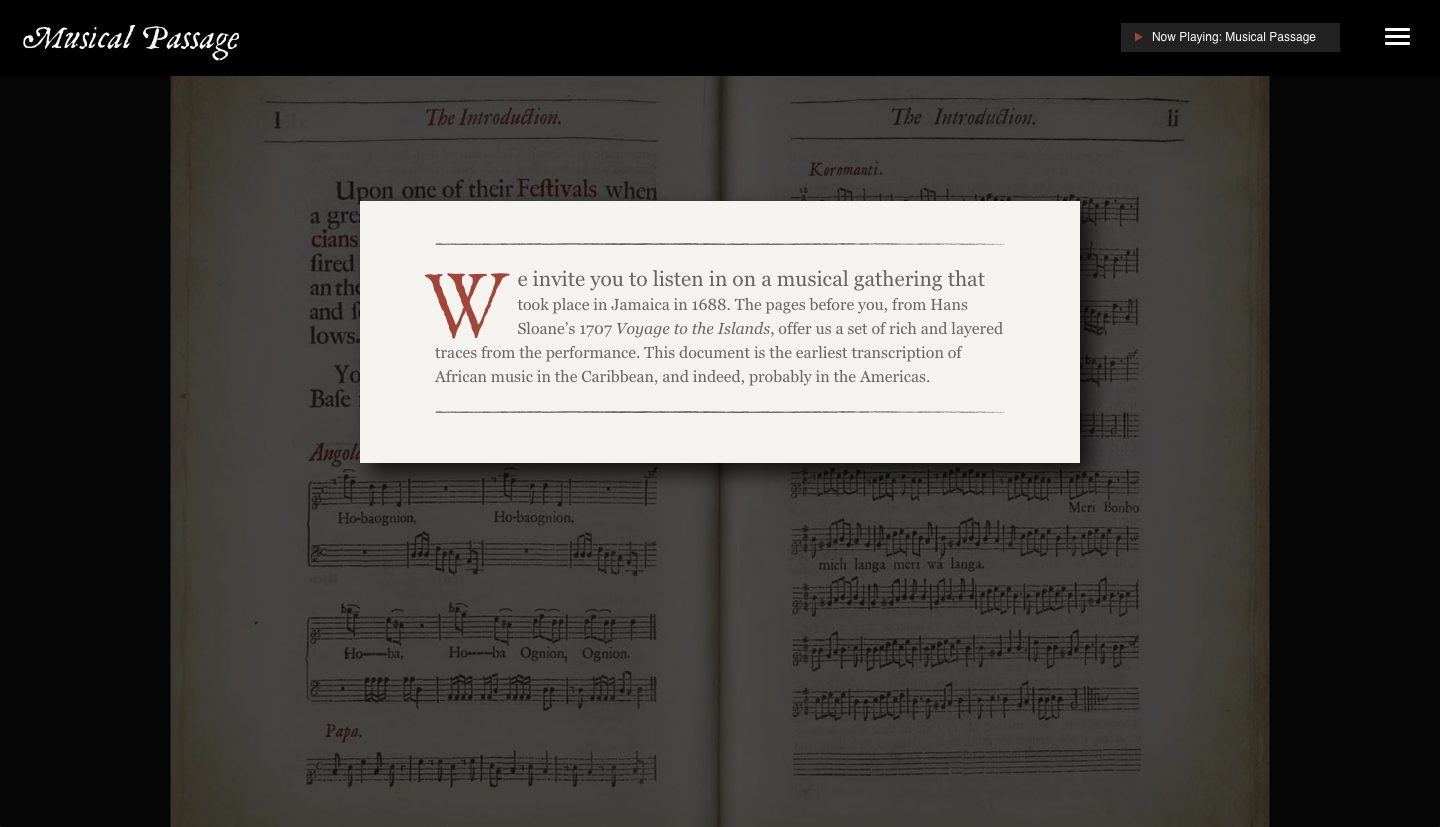 On March 17, 2017, a group of musicians gathered at the Institute of Jamaica in Kingston. They were invited by Matthew Smith, Chair of the Department of History and Archaeology at UWI-Mona, and Herbie Miller, Director of the Jamaica Music Museum. The goal of the gathering was to have the musicians interpret songs from seventeenth-century Jamaica that are presented and interpreted at Musical Passage. Each video in the series interprets one of the songs. Musicians included Earl “Chinna” Smith and Inna de Yard, with special guests Anthony “Sangie” Davis, Maroghini, Vivian “Scotty” Scott, and Samuel “Time” Williams.

Published by SX Archipelagos: A Small Axe Journal of Digital Practice, the Musical Passage project was funded by the Forum for Scholars and Publics and the Franklin Humanities Institute at Duke University.