Springsteen on Broadway, the "(mostly) one-man meta-jukebox-musical" (Will Hermes, Rolling Stone), earned music icon Bruce Springsteen a 2018 Special Tony Award. Footage captured from two performances in July was released as a Netflix film on December 16, 2018, a day after Springsteen ended his record-breaking, year-plus solo run on Broadway. In the special, Springsteen shares personal stories from his life and acoustic versions of some of his best-known songs ... Keep Reading

We invite teachers, parents, and students to use this page to view the film and explore the related resources below as part of their curriculum or home-schooling.

The #docuhistory series aims to create an informal space where teachers, students, and historians can join together to watch a documentary and discuss teaching and learning about the film's subject matter. The series is organized by Joe Schmidt, New York City Department of Education, @HSGlobalHistory, in collaboration with the Forum for Scholars and Publics.

We held a viewing and discussion of the film on April 30, 2020. You can browse the discussion on Twitter by searching the #docuhistory hashtag or by checking in with discussion moderators Jeff Melnick (@melnickjeffrey1) and Marc Lapointe (@civicsrhizome). The resources shared through this conversation have been gathered by Joe Schmidt. 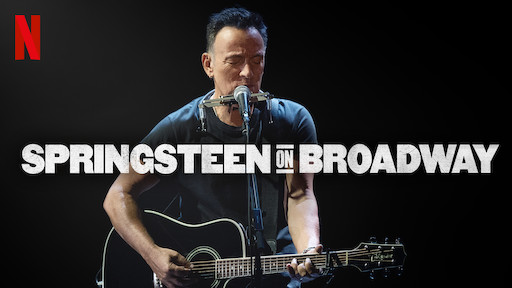 Springsteen on Broadway (2018) | Watch on Netflix

Compiled by the #Docuhistory team

Suggested question sets to guide the #Docuhistory Twitter discussion and for teachers to use with students in the classroom.

Born to Run and the Decline of the American Dream

By Joshua Zeitz | The Atlantic

By Siva Vaidhyanathan | The Guardian

Gurinder Chadha's movie about a young man inspired by Bruce Springsteen in Blinded by the Light reminds us to strive for a better life.

My daily newspaper contains a feature titled "Celebrity Birthdays." Perhaps yours does too. On Tuesday, September 23rd, one of the entries will read something like this: "Rock Singer-Songwriter Bruce Springsteen is 65."

Before his final encore at the Paramount Theatre in Asbury Park in November 1996, Bruce Springsteen took a moment to say a few words about his adopted hometown.

"Born in the U.S.A.," Social History, and Working-Class Identity

This is Your Hometown: Collective Memory, Industrial Flight, and the Fate of Freehold, New Jersey

Jeff Melnick directs the MA program in American Studies at University of Massachusetts Boston, where he teaches courses on the history of popular music, immigration, and twentieth-century cultural history. Melnick's most recent book is on the cultural legacies of the Manson Family. He has also published work on American culture…...

Marc Lapointe started his New York City Department of Education career in 2005 as a Special Education teacher in the Bronx supporting students on the Autism spectrum as they transitioned to adulthood. When he learned that his first class would have only six students, Lapointe figured he could handle it.…...