As part of the current exhibition, Southbound: Photographs of and about the New South, Durham-based photographer Titus Brooks Heagins, MFA, visited Durham School of the Arts to conduct a series of workshops with Amber Santibañez’s visual art high school students. 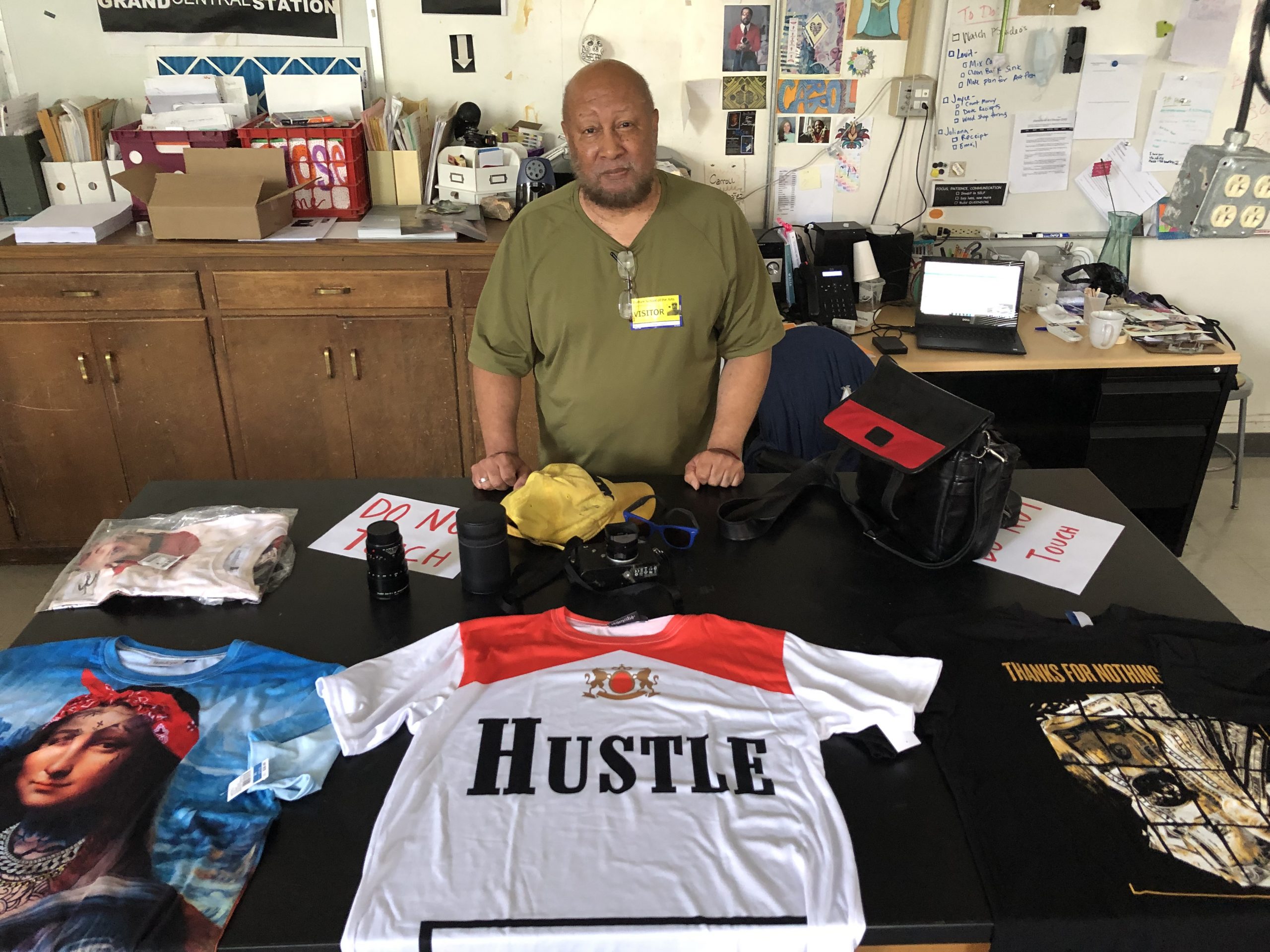 Heagins, a Duke alumnus (T ’89), is among the more than 50 photographers featured in Southbound.

Heagins sees the workshops as an important opportunity to demonstrate to young people the possibility of creating a successful, fulfilling life in the arts. Sharing his techniques for helping subjects feel comfortable with his presence, he displayed the colorful T-shirts that he has worn when photographing on streets all over the world and told stories of the places he has traveled and the people he has met.

To him, it is an honor to be allowed to take someone’s photograph, and that honor comes with a responsibility to do the work with care. But as Heagins’ enthusiasm for his work reflects, honor and responsibility are completely compatible with fun and adventure.

Before you start, know what you’re trying to achieve with the photo. Have a goal in mind, and think through what you need to do to get there.

Throughout the semester, the students in Santibañez’s class will be exploring issues around the topic of becoming ancestors for future generations. The project’s title, “Visual Truths,” is inspired in part by Heagins’ conversation with students about how photographs can reveal someone’s “visual truth,” becoming an outward expression of an inner state, and provide glimpses into who they are and who they want to be.

During the workshop, students fanned out into small groups around campus, shooting portraits of one another while following Heagins’ guidelines to attend to background, lighting, facial expression, and body language. “Don’t ask someone to smile. It’s not a person’s typical look,” he pointed out. Meanwhile, in a small studio space, Heagins worked with students in pairs, first shooting photos to demonstrate his technique and then coaching students as they photographed one another. Heagins and Santibañez encouraged the students to think about the differences between the portrait, taken with care and purpose, and the snapshot, captured with little forethought.

“You can sometimes tell a lot about a person by their back, so try asking someone to position themselves with their back to you,” Heagins explained as he posed a student, raising her arms as though she were in the process of placing a hood over her hair. “Before you start, know what you’re trying to achieve with the photo. Have a goal in mind, and think through what you need to do to get there. Go in close. Kneel down if you need to. Ask the subject to lean in towards you a little – it can completely change the way a photo feels.” Heeding his guidance, students took turns taking each other’s portraits, invariably astonished by the difference between these photographs, taken with such care, and many of the photos on their phones, mostly snapped in haste and with little thought to what sort of story could be read from them. 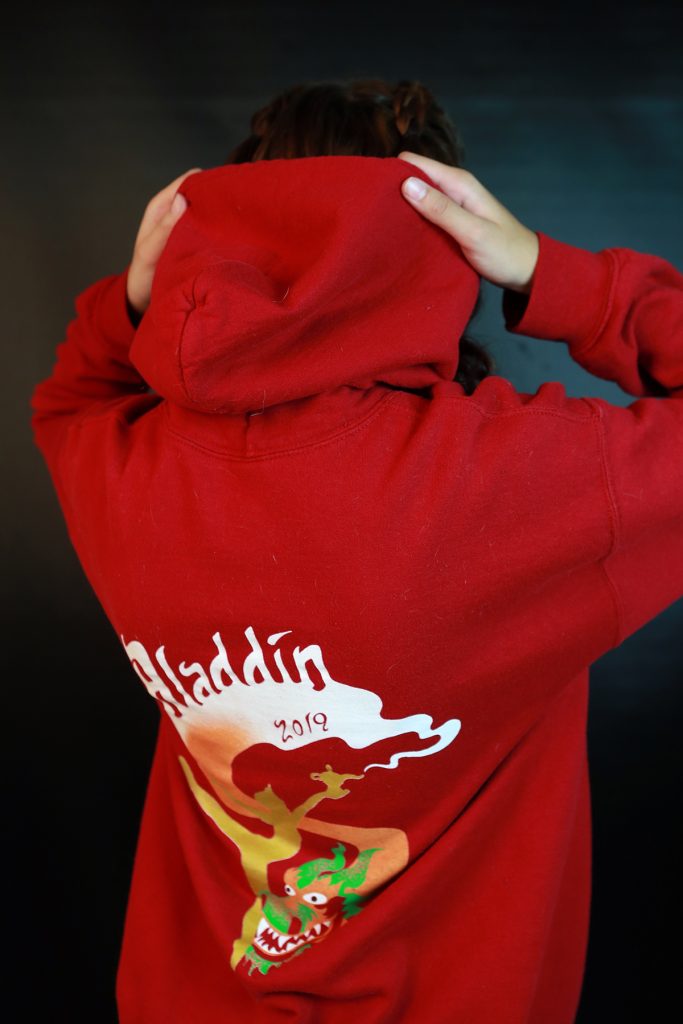 Reflecting on the impact of Heagins’s workshops, Santibañez said, “I am grateful that my students had the opportunity to work with Titus and be exposed to his work and working process. It connects them with the greater creative community of Durham and opens their eyes to the possibility of art beyond high school.” Santibañez’s students will complete their projects over the coming weeks, with the goal of sharing their work as part of Durham School of the Arts’ annual Fall Art Festival, Día de Los Muertos, in late October. 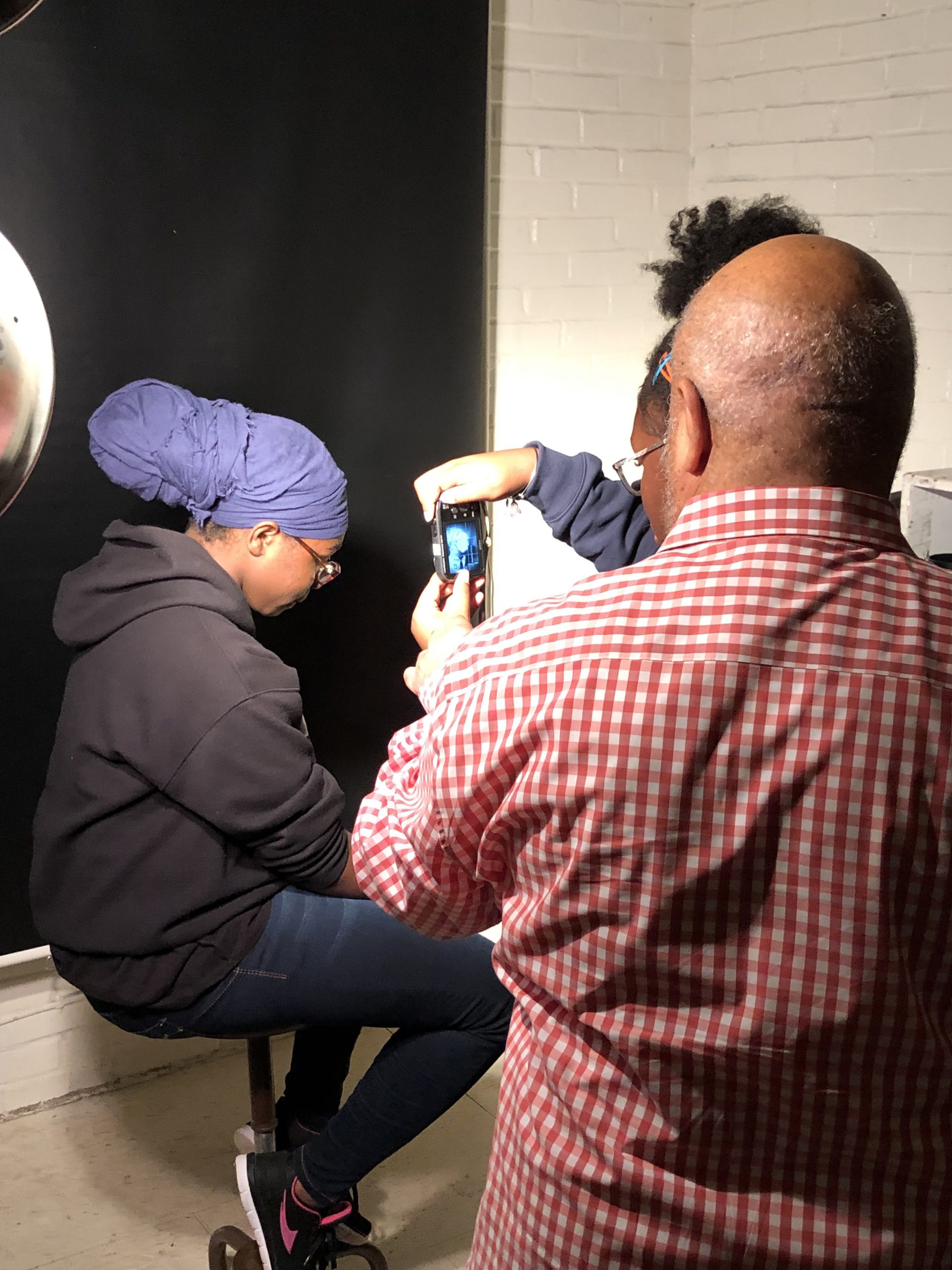 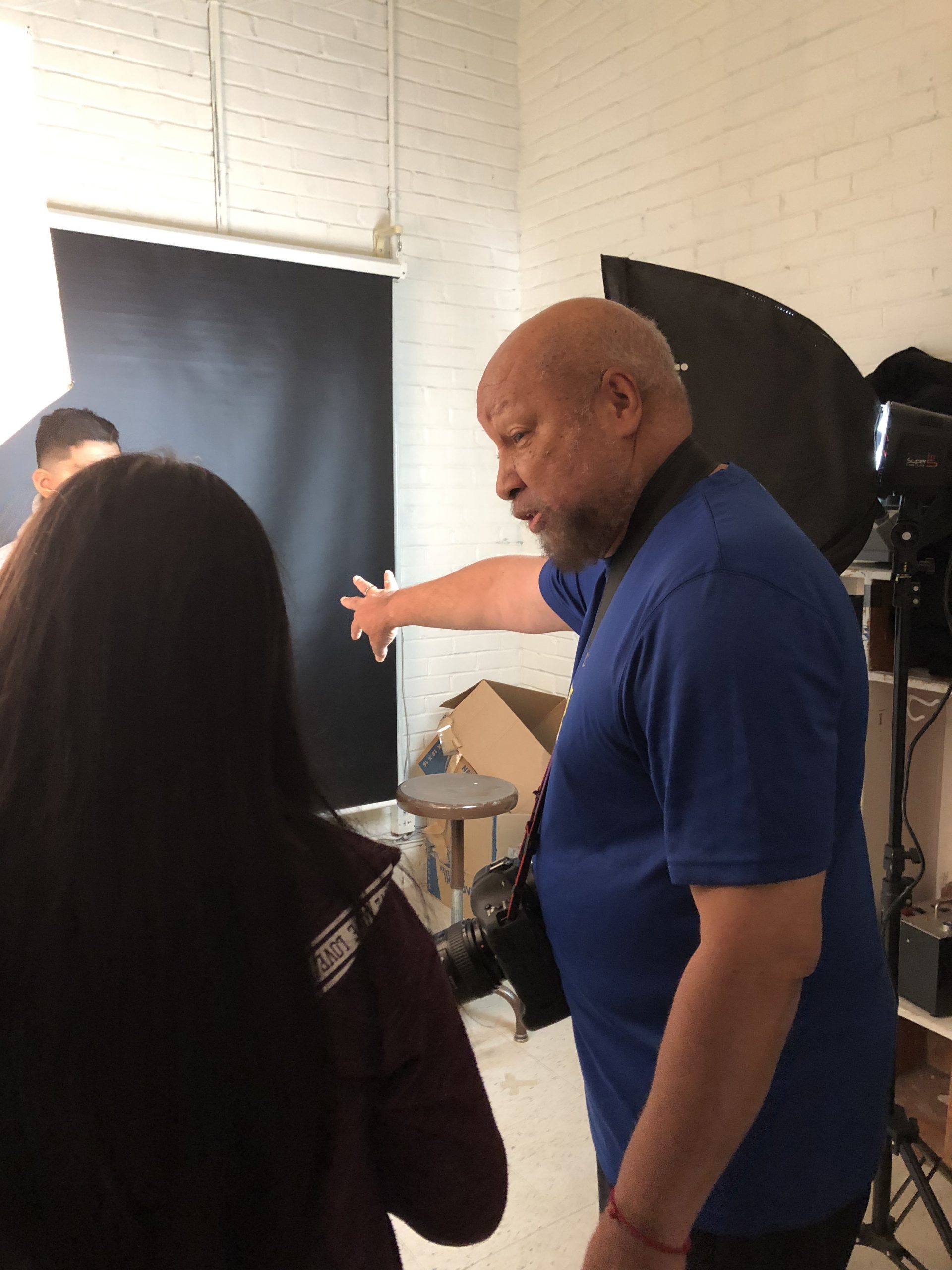 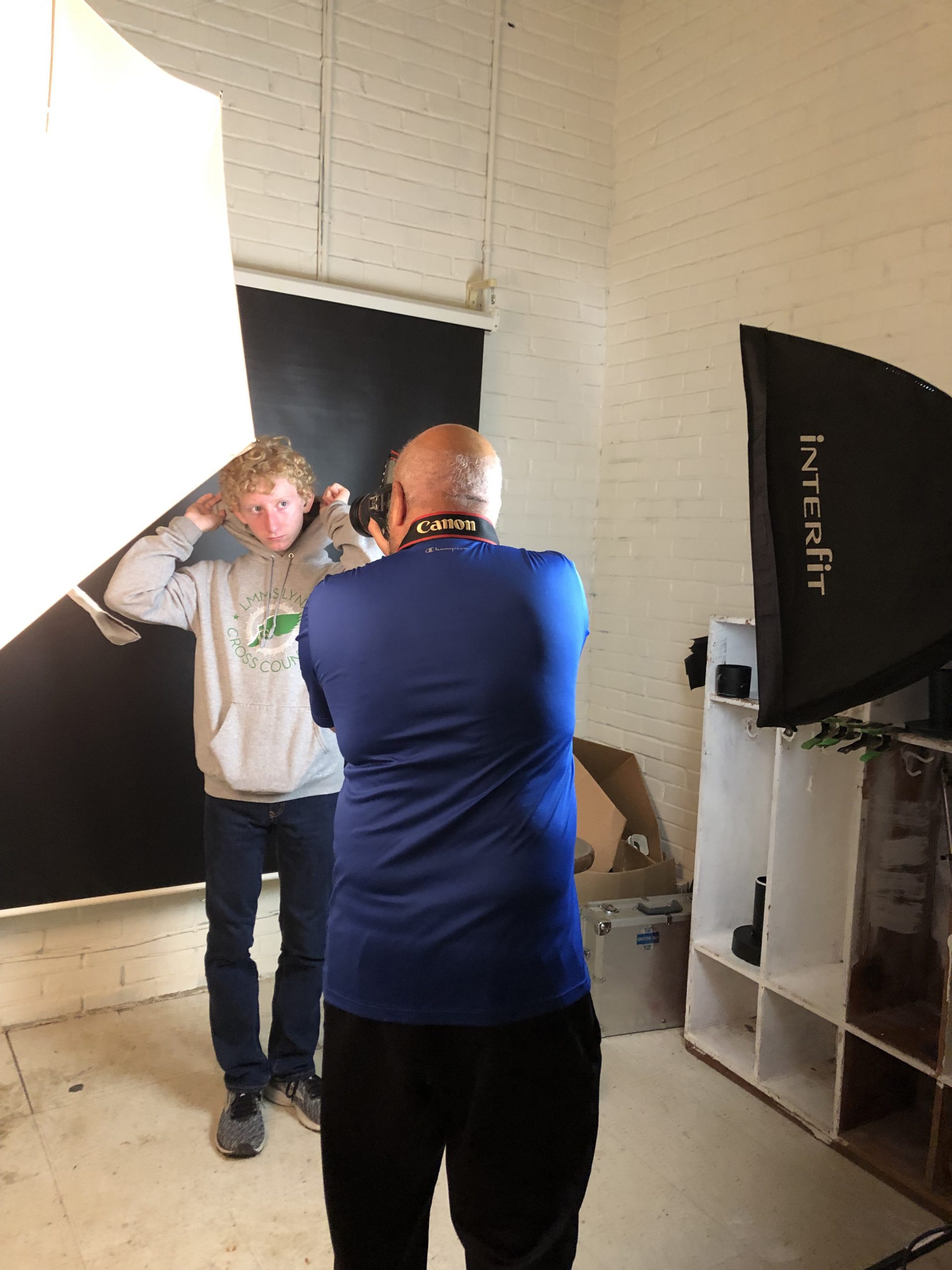 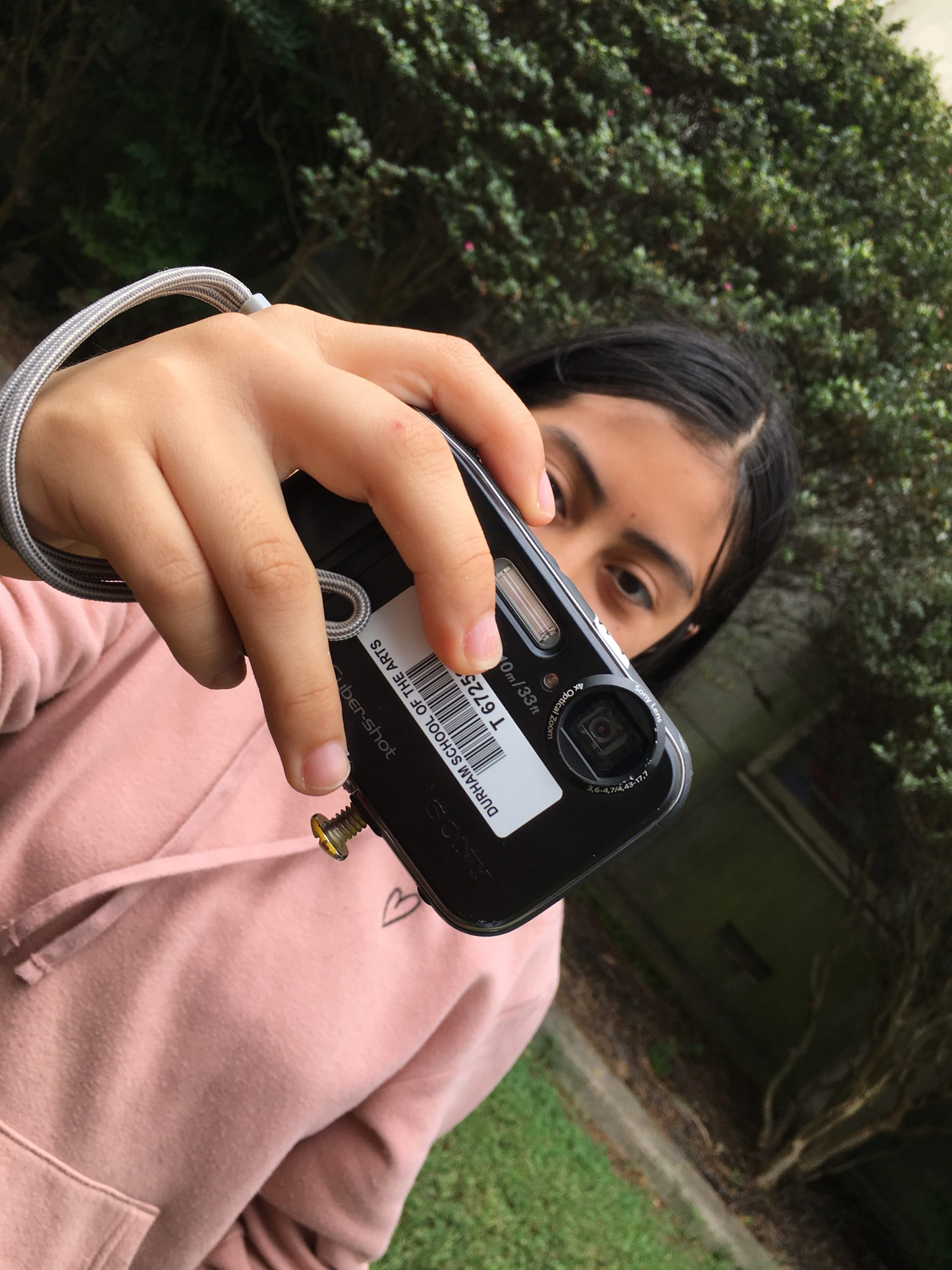 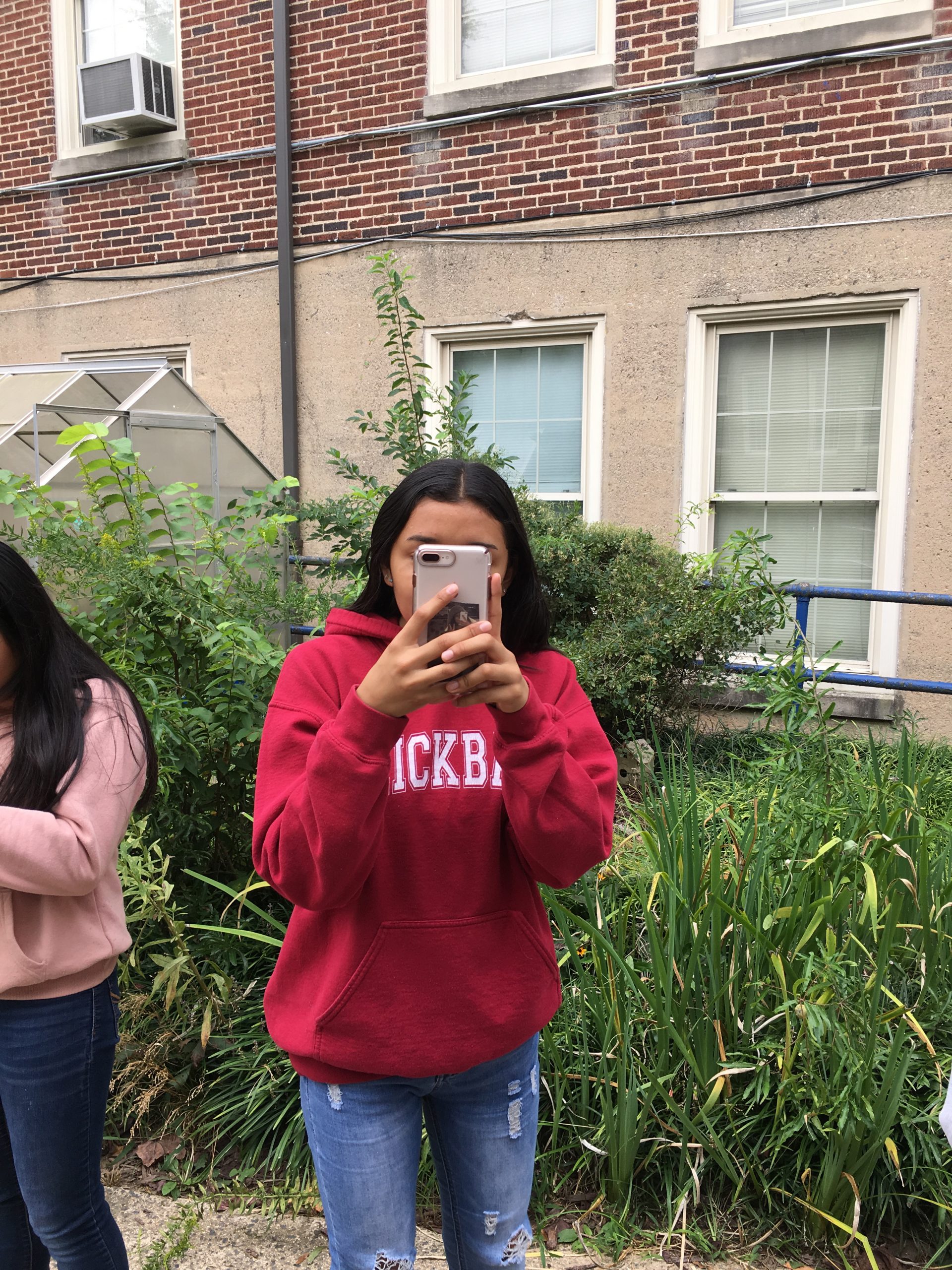 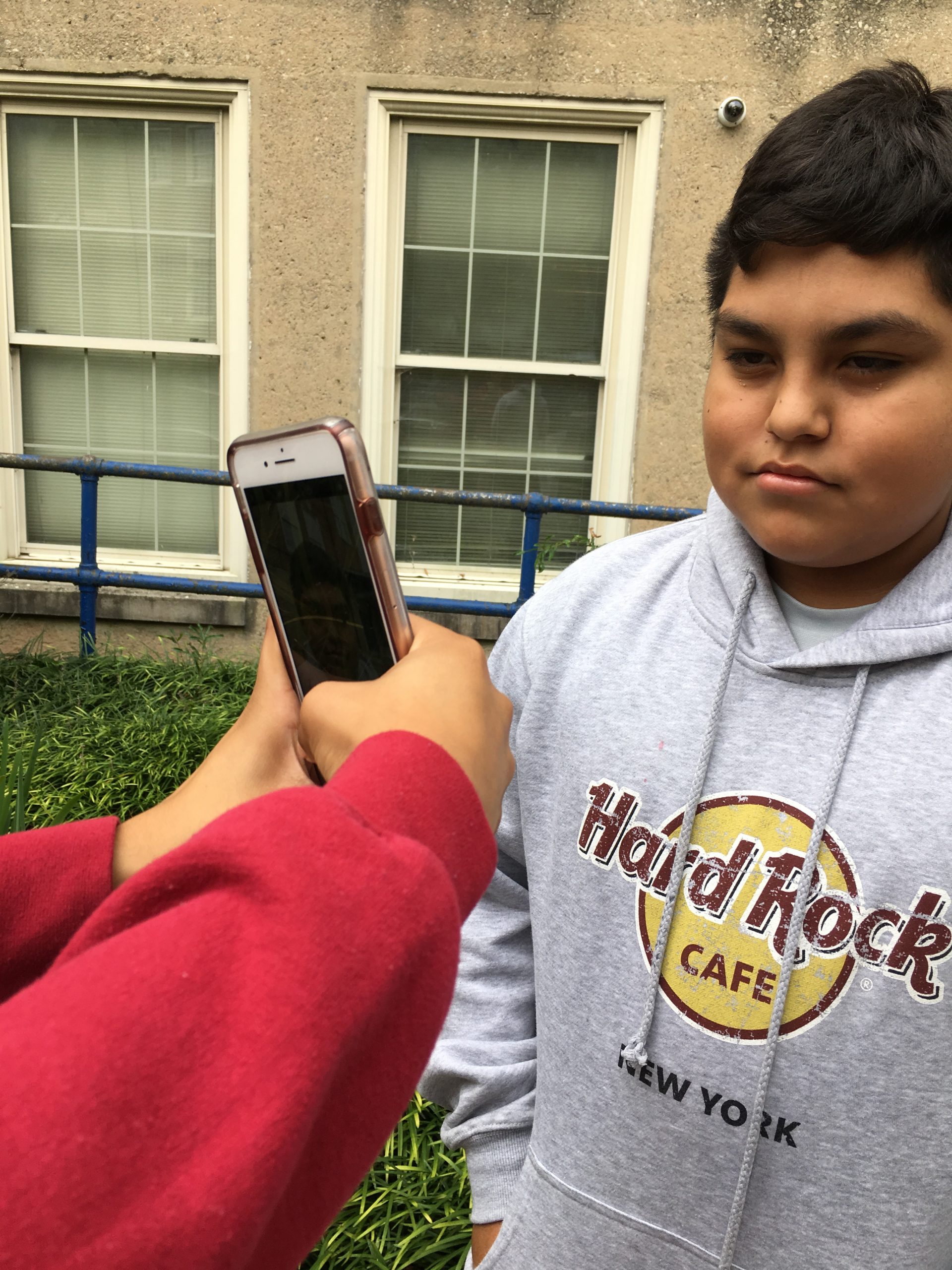 This community project was co-sponsored by the Power Plant Gallery and the Forum for Scholars at Duke University, with additional support from Duke Service-Learning. Southbound: Photographs of and about the New South is presented by the Power Plant Gallery in collaboration with Forum for Scholars and Publics and North Carolina State University’s Gregg Museum of Art & Design. In this iteration, guest curator Randall Kenan, author and NC native, organized the many framed photographs of the exhibition around the twin themes of Flux, on display at the Power Plant Gallery, and Home, on display at the Gregg Museum. The full program of events includes slow tours, film screenings, “Sit + Chat” sessions, and FSP@PPG panel discussions that engage with the issues in and around the works of art and explore the topics, places, and styles of Southbound. Southbound: Photographs of and about the New South was organized by the Halsey Institute of Contemporary Art at the College of Charleston School of the Arts in Charleston, South Carolina, and curated by Mark Long and Mark Sloan. Visit the exhibit online at southboundproject.org.