How I Roll: The Nuts and Bolts of Roller Derby

Those of us who didn’t grow up playing roller derby may know the sport from pop culture references that portray derby girls as bruised-up, fishnet-wearing rockabilly queens who touch up their lipstick after punching you in the face. 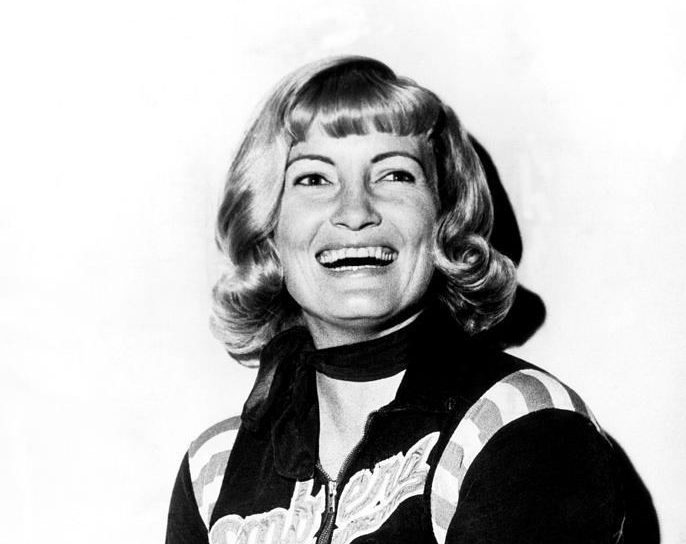 Despite its quickly growing popularity, roller derby is often considered to be obscure or even vintage as far as sports go.

Part of the popular image of roller derby came from what it used to look like in the 1950s and 1960s, when it was first televised. There are, of course, players who generally uphold the stereotype – save for the punching, which is considered illegal contact in the rules of the game. But roller derby is an inclusive sports community that has drawn the interest of all types of people. Part of what makes derby so great is that anyone with any style can join in.

When I talked to my mother about joining Durham’s own Bull City Roller Derby league, I was surprised to learn that she’d broken her arm when she was a kid trying to emulate Joanie Weston, one of the most famous original derby personalities. She skated for perennial champions the San Francisco Bay Bombers and was the highest-paid female athlete of the 1960s and 1970s. The more wholesome incarnation of the sport took on an edgier, theatrical style reminiscent of professional wrestling with the airing of RollerGames from 1989 to 1990.

The 1990s saw a brief lull in organized and televised derby that ended with the formation of the banked (lifted incline)-track stars TXRD Lonestar Rollergirls in 2001 and the flat-track innovators Texas Rollergirls two years later following the dissolution of the short-lived Bad Girl Good Woman Productions' all-female roller derby organization.

The Texas Rollergirls league’s rulebook and track design would later be adopted and adapted into that of the Women’s Flat Track Derby Association’s (WFTDA) upon its formation in 2005. Originally created from the collaboration of 20 North American leagues, the organization has since expanded to serve over 400 leagues worldwide and holds a yearly international tournament whose playoffs and championship games are shown on ESPN3 (online) and ESPN2.

By now, you’ve probably guessed (correctly) that roller derby is played on roller skates. There’s a little more to the game than that.

One bout consists of two 30-minute periods of gameplay, which can be further broken down into “jams” (akin to downs in football) that last up to two minutes apiece. Between each jam, players and officials are given 30 seconds to regroup and restart the jam clock in preparation for the next jam.

During the jam, each team can have up to five skaters on the oval track: four blockers and a jammer, who is identified by a helmet cover with a star on it. One of those blockers will also have a helmet cover of their own, but with a solid stripe instead of a star. They are called the pivot. Pivots act as blockers until a star (helmet cover) pass is completed to them by the jammer, in which case they switch roles to become the jammer for the rest of the jam.

Jammers are the only skaters on the track who can score points for their team by passing members of the other team while rounding the track. They can only, however, score points after breaking through the pack of skaters at the beginning of the jam, which is also when the "lead" jammer – the first jammer to break through the pack – is determined and announced via whistle by the referees.

Referees, like in other sports, hand out penalties as well as monitor the flow of gameplay. Some of the most important things they look out for are pack definition (making sure the majority of skaters for both teams are within 10 feet of one another), track cuts (stepping out of track boundaries while moving forward), and illegal contact with other skaters. 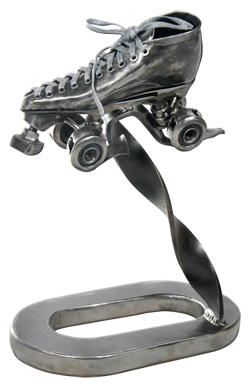 Illegal contact is best defined by what is legal. Imagine what parts of your body would be covered by a standard hospital gown; those are the parts of another skater’s body that can be hit with those parts of your own body. Hitting someone with or on the head and neck, the back, or anything below mid-thigh will result in an illegal contact penalty and get you sent to the box for 30 seconds of jam (active gameplay) time.

Like all sports, the team with the most points at the end wins the bout. Because one successful lap around the track for a jammer results in four points and multiple laps can be completed during one jam, it’s not unusual for final scores to wind up in the hundreds. BCRD’s first-ever league bout last month against Mother State Roller Derby in Richmond ended with a final score of 616-34 Mother State. Point differences like that can be disheartening upon first glance, but it’s important to remember that every one of those points was someone the jammer successfully skated past during the game.

Getting on the Track

The story of how I started playing roller derby began with a false start.

Last summer, I interned with the Durham Sports Commission, a nonprofit that hosts major sports events in Durham under the umbrella of the Convention and Visitors Bureau. A graphic designer named Emma (as I originally knew her, and now known as Thundercat Ho!) came into the break room complaining to a coworker about a bruise she’d gotten while skating. I was fascinated by the fact that she skated and asked where she met to skate, because I had a pair of skates and was looking for an opportunity to bust them out.

The community aspect of derby is important because, outside of the Kumbaya feel-good type of stuff, derby is hard.

She told me briefly that she played roller derby – a sport that only rang a bell from the 2009 Ellen Page and Drew Barrymore movie Whip It – in Durham’s very own league and that I was more than welcome to come to one of their practices and see what derby was like for myself. By the end of the day, Emma had sent me an email titled “ROLLER DERBAY!” that outlined when their practices were and invited me to join the Facebook group.

I didn’t attend a Bull City Roller Derby event until six months later in January 2018. At the time, I had just been rejected by a sorority I was looking to join in an effort to broaden my social circle outside of NCCU’s Campus Echo’s newsroom. I’ve struggled to find close female friends, and this was an opportunity to get the support and empathy I needed … but now on wheels.

On my first night, I met four BCRD skaters. Less than a week later, at my first official practice, I met at least ten more. Everyone was so kind to me from the beginning, even though I started out barely being able to skate in a straight line. Before I knew it, I was attending practice or workouts multiple times a week and hanging out with the girls outside of practice.

Derby isn't hard because people are hitting you. I'm not even cleared yet for contact in practices and derby is challenging. Some leagues might throw new skaters into scrimmages as soon as they are stable on skates, but BCRD is especially cautious in making sure that every skater who practices to play in a bout has passed a minimum skills assessment.

Because I’m still "fresh meat" or a "skater tot" – someone who has yet to pass assessments – it can sometimes be difficult to practice on the sidelines as your future teammates work on successful gameplay strategies. As I put in the hours to acquire the basics, I remind myself that my league members not only started where I did, but, in many cases, took just as long to pass assessments and be cleared for play.

It’s all about personal growth.

KAYLEE SCIACCA is a mass communication (public relations) senior at North Carolina Central University in Durham, NC, where she also serves as the co-editor-in-chief of NCCU's student newspaper the Campus Echo and Alpha Alpha Kappa chapter president of Lambda Pi Eta Communication Honor Society. In her free time, Kaylee skates with Bull City Roller Derby, volunteers in her community, and watches professional wrestling. She served as the communications intern at the Forum for Scholars and Publics in summer 2018.