Writing in the Wake of Charlie Hebdo

Reporter and critic Philippe Lançon published a book about surviving the Charlie Hebdo attack in Paris. Part chronicle, part essay, Le Lambeau [Shreds] details all he went through undergoing facial reconstruction during 2015, from the attacks at the beginning of the year to those at the end. 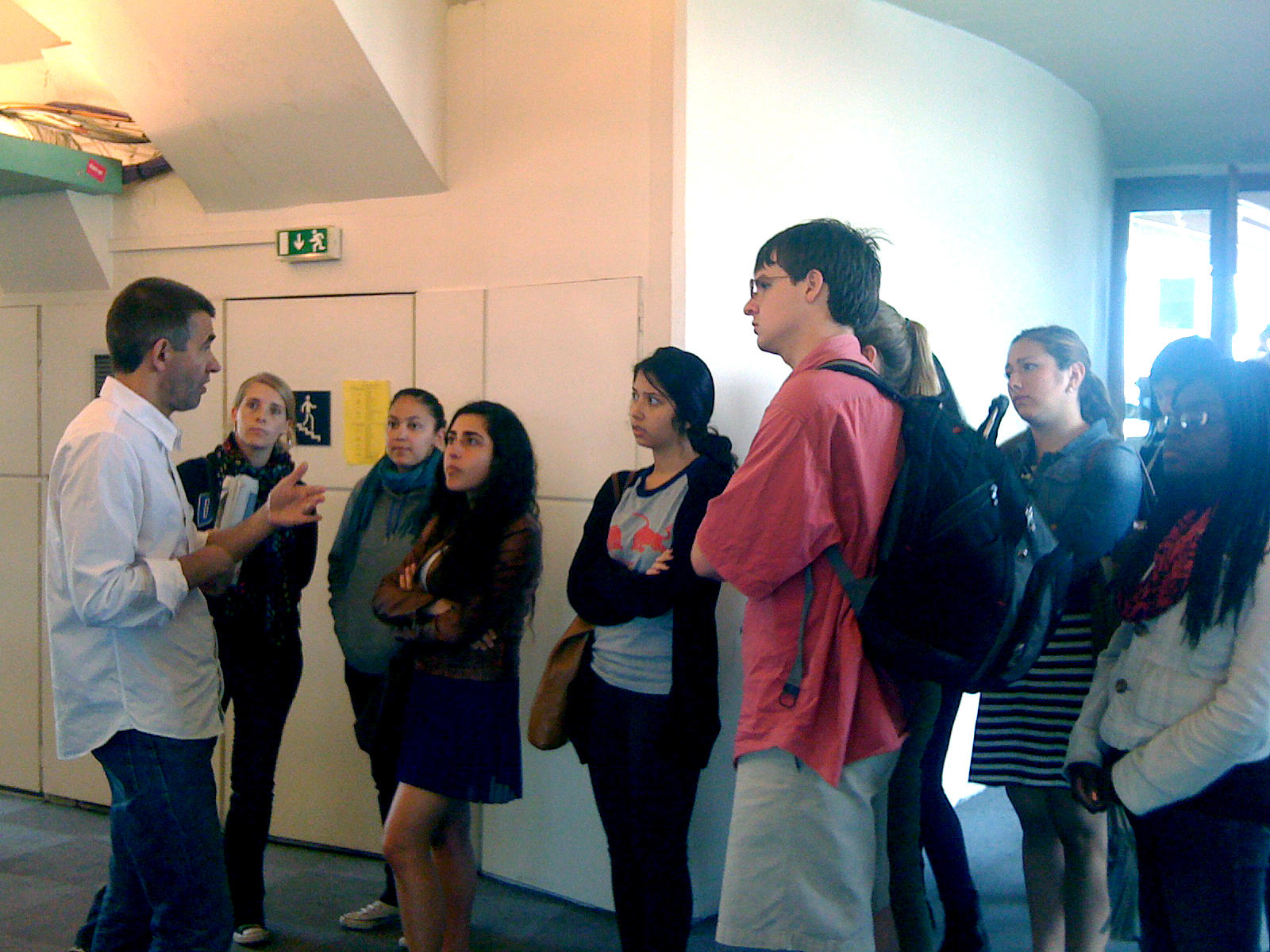 Readers looking for an account of the assault on cartoonists and journalists will find at the beginning of the book a meticulous description of what happened in the editorial room of Charlie Hebdo on the morning of January 7, 2015.

For those seeking political commentary on today’s fractured French society, Lançon proposes a modest, melancholic opinion: no one today is up to the task of developing a new, equitable social contract.

Over the course of this big book, what takes shape ultimately is a meditation on the nourishing force of literature, painting, and music.

Yet those reading right through Le Lambeau will discover that Lançon is after something else. He recounts the ordeal of his treatment by engaging again with Marcel Proust, Thomas Mann, and Franz Kafka. His trio of writers provides him a way to make something artful out of a devastating and painful experience.

Over the course of this big book, what takes shape ultimately is a meditation on the nourishing force of literature, painting, and music. Lançon stays true to his vocation as cultural journalist and writer, all the while inviting us to think with the fictions that he loves.

Lançon is no stranger to Duke. He first came ten years ago to participate in a program for visiting journalists in the School of Public Policy. He kept coming back, teaching French literature courses in the Department of Romance Studies.

During the spring of 2010, he became a familiar face on campus, at all hours in Bostock Library, and within several Departments, where he never missed a chance to draw out colleagues on what they were reading: Colette’s fiction, the novels of Jane Austen, or the Latin American writers who are his special favorites.

Lançon was for many colleagues what the French call un compagnon de route – a fellow traveler.

The feeling was apparently mutual. Lançon took the chance to return to campus to speak about his experience post-Charlie. Little more than a year later, he regaled hundreds of people with a fast-paced, gripping talk entitled, Comment lire et écrire après un attentat (How to Read and Write in the Wake of an Attack).

This summer, when I congratulated Lançon on his book, he responded, “it all began at Duke.” 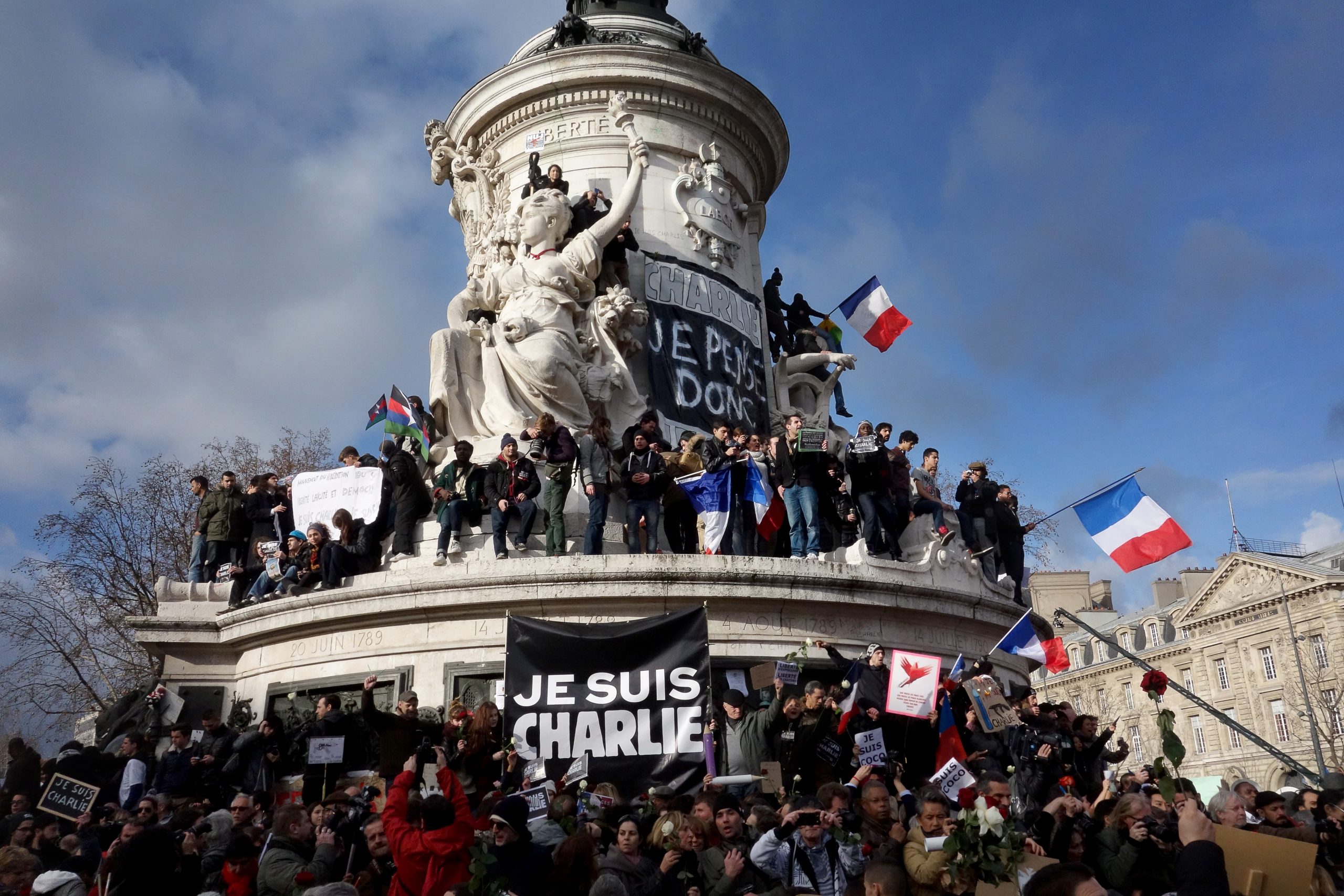 Across the summer of 2018, reading Le Lambeau created a rhythm for my working days. I began it in a Parisian neighborhood blocks away from the site of many of the attacks; I continued reading transatlantically; and I brought it home to the tropical torpor of July in North Carolina. Lançon’s book turned into a companion of sorts. Not only did it ask me to consider this time of murder and violent polemics in France from an unexpected perspective, but it also gave me a way to look again at the polarized scene in America, this time with an eye to the tragi-comedy of human relations.

One of the accomplishments of Lançon's book is the series of portraits that introduces us to the many people who accompanied him during his hospital time. Le Lambeau conveys the opposite of a solitary struggle.

Lançon creates a social fresco of sorts, from the Caribbean nurse’s aide, who coaxes him teasingly towards his first shower, to the lesbian security guard outside his door, who shares drafts of her first novel with him. Alongside his partner, family, and friends are the others who make his recovery possible. His surgeon Chloé is the subject of an entire chapter at the center of the book. The closer he gets to capturing her indefatigable, inventive work reconstructing his face, the further he finds himself from the life she actually leads.

Admitting just how difficult it is to portray others is endearing, especially coming from a master practitioner of a genre so well known in French journalism and in the pages of his newspaper, Libération.

Lançon reserves one of the most sensitive portraits for another patient who undergoes radical plastic surgery. “Little Ophelia,” like her Shakespearean namesake, is so much in pain that she wanders alone at night, adrift.

Lançon shared a sketch of Ophelia on his return to Duke in 2016, discussing it with the Biography seminar I was co-teaching with Vanessa Doriott-Anderson. The students were humbled and inspired.

I will always remember the exchange between Lançon and one student, who was moved for the first time to write about the father he lost on 9/11. In free-flowing classroom discussion, Lançon’s portrait proved an unpredictable and brilliant medium for cultivating solidarity. In the book, the ensemble of portraits intensifies this effect, connecting a personal struggle with those of others right around him.

It is his own portrait that requires the greatest effort and ingenuity.

It is hard to imagine what picturing yourself means for a person whose face was destroyed and whose voice was lost for months. Lançon also takes seriously the ethical codes of his profession that bar the journalist from becoming the subject of the story he writes.Throughout the book, he chooses to experiment with various roles, like an actor. In the immediate aftermath of the attack, is he a detective? a witness? a victim? As he comes into awareness of what he experienced, his dreams turn him, together with the brain of one dead colleague, into a sea anemone.Recognizing his complete alienation from the person he was before the attack, he becomes an exile in his own life, someone else going by another name, that of Mr. Tarbes. When he confronts multiple surgeries, he capitalizes on Velázquez’s painting on exhibit in Paris during those months. There is something profound about Lançon describing how he enters into a painting to become the jester the Spanish artist portrayed. Taking on the clownish body enables him to feel the presence of the man he once had been.Lançon’s role-play in an utterly vulnerable condition is poignant. When I compare it with the declarations of identity — "I am Charlie"/ "I am not Charlie" — that were a rallying cry worldwide following the attacks, Lançon’s own self-portrayal looks all the more courageous.

Lançon’s book is nominated for two prestigious literary prizes in French, the Renaudot and the Femina. Results will be announced in early November 2018.

HELEN SOLTERER is Professor of French and Francophone Studies in the Department of Romance Studies at Duke University. Her research and teaching focus on pre-modern literature and culture, and their interplay with modern and contemporary thought. Her last book, translated in French, Un Moyen Âge républicain, paradoxes du théâtre en temps de guerre, was featured at the History Book Festival in Blois, France. She is currently at work on two books: Timely Fictions: An Early and Modern Almanac in French on the multiple times and places of pre-modern literary and visual arts, and Love to Hate: A Pre-Modern Legacy? on hate speech. She is also co-convener of the collaborative project, In Transit: Arts of Migration.