Ana Tijoux’s Passion and Creativity: An Educator Reflects on Music and Empowerment 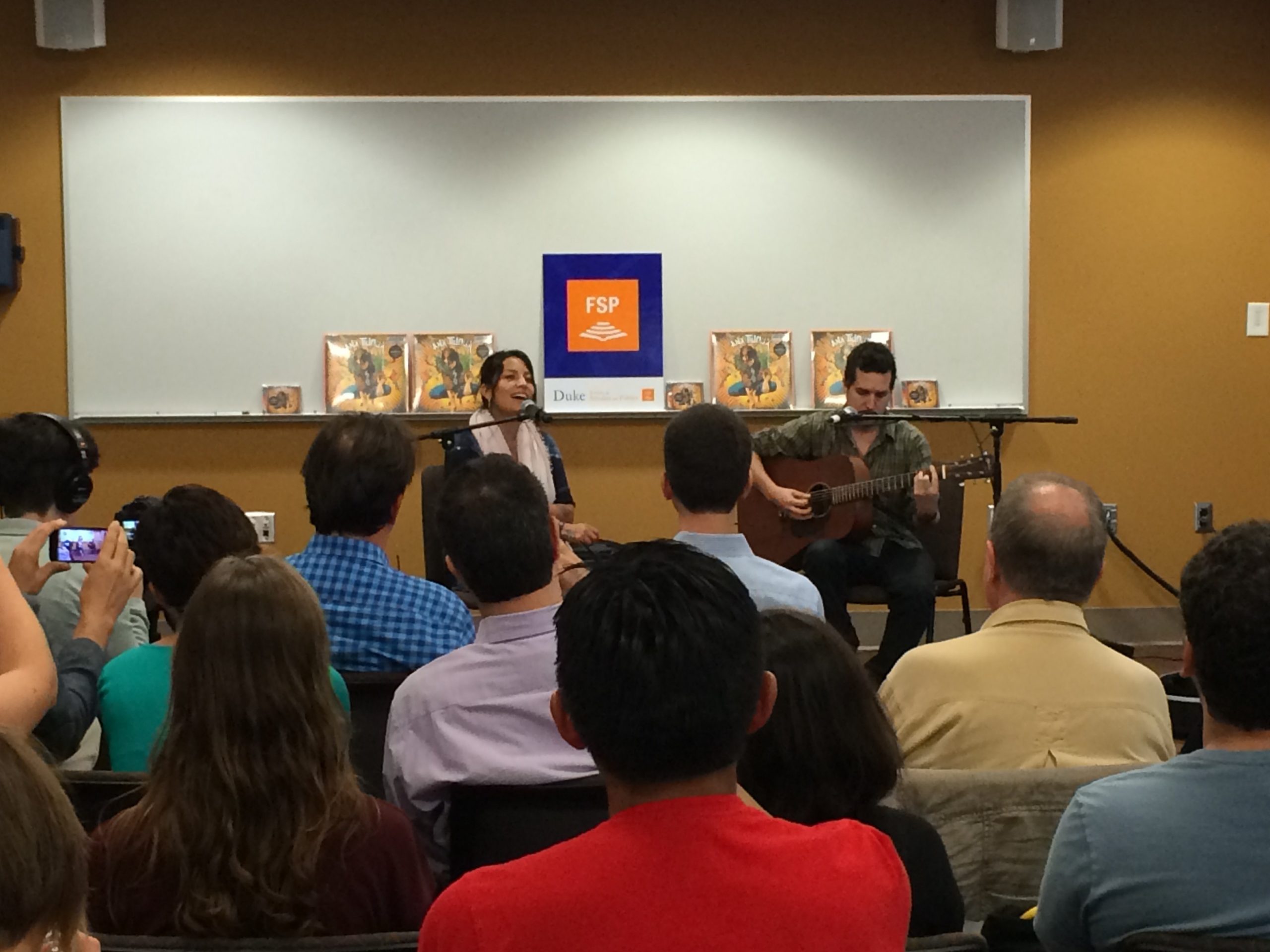 Ana Tijoux with Cristobal Perez at the Forum for Scholars and Publics.

The 75-minute program was interspersed with conversation and musical performances by Ana Tijoux and guitarist Cristobal Perez.

Tijoux discussed a range of topics, including the artists who have influenced her own approach to music, the relationship between music, politics, and family, and her commitment to breaking down walls between educational institutions and civic life. One of the participants, Barbie Garayúa Tudryn, asked the final question, which prompted an energetic response by Tijoux. We asked Ms. Tudryn if she would share her thoughts with us about how the discussion had affected her, and she kindly agreed. 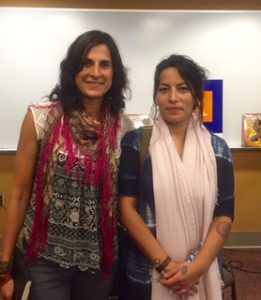 The Forum: Tell us a little bit about yourself.

BGT: I'm the school counselor at Frank Porter Graham Bilingüe in Chapel Hill. I also lead a group of 30 Latina girls and their families on a weekly empowerment group that uses our culture and our traditions to foster academic and civic engagement. The name of the group is Mariposas and last May we traveled to the Supreme Court to meet with Justice Sotomayor. Actually, this next week we're meeting with Ricky Martin in Durham too! I also work with equity issues at the district level and I'm fascinated with the intersection of the Latino struggle and the African American struggle.

The Forum: What was the most meaningful part of Tijoux's visit to you?

BGT: Most definitely hearing her address the process of creativity. She described it as an 'anarchist and chaotic process naturally lacking order or logical sense, a place between the conscious and the unconscious.' As soon as I heard these words I remember feeling a jolt because I couldn't believe the similarity between my creative process as an educator and hers as an artist. I realized at that moment that creativity is creativity whether you're a songwriter, an architect or a teacher; tapping into that moment of utter perfection when everything aligns and an idea is born is a magical moment of possibility and hope for any human being. It felt fantastic to make that connection especially now at a moment when my profession and that of all teachers in the state is being actively devalued and dismantled. 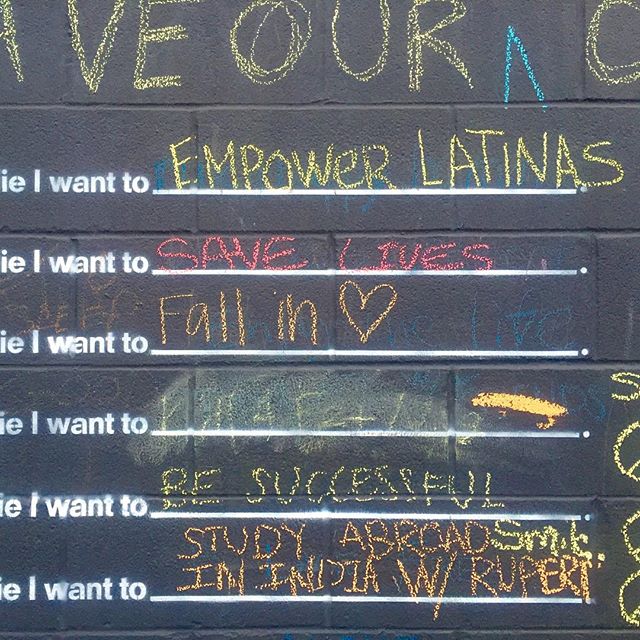 The Forum: What's the value of Tijoux's music and activism to you as an educator?

BGT: I've always considered myself an out-of-the-box educator who works within a system that more than ever is about standardizing kids, their experiences, their identities and their paths. As a result just making the decision to walk into my school every morning is an act of personal activism. My ideas, the programs I've created and the fights I choose to fight on a daily basis in classrooms and at the district level are about fighting that standardization and about bringing forth the voices of families and kids that have been deemed voiceless in our area. The work I do is hard, is exhausting and often exasperating because it happens within the confines of an enormous system – the educational system. Ana's music has been a compass in moments of exhaustion and doubt. That said there's nothing sweeter than experiencing the joy from winning a 'battle' here in the educational trenches with her music playing in my ears – it hypes me up to continue "pushing to the limit," as she herself said during your event.

BGT: First of all as I was looking out the window while listening to her music, I couldn't believe that the dozens of people walking around Duke campus at that moment in time were completely foreign to what was happening in our room, of the immensity and of the power of her words. Never mind that she's very well-known in Puerto Rico where I'm from.

I really hope that from my previous answers you can grasp what a huge impact being part of this event had on me. It was a beautiful exercise in reflection, self-appreciation and affirmation in a time when being an educator is the hardest it's ever been. Educators, especially the passionate-creative-activist educators — we do and we do and we do, but what we do is masked in a cloud of anonymity. Sometimes we need reinforcement that we're on the right track. That's exactly how I felt when I walked away that afternoon.