Forum for Scholars and Publics

The Struggle for Equality in Women’s Soccer

Free and open to the public. Light lunch served. Co-sponsored by the Forum for Scholars and Publics and the Duke Human Rights Center @ the Franklin Humanities Institute as part of the RightsWatch program. 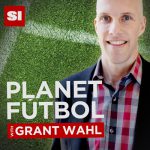 LISTEN to a podcast episode featuring Global Struggles for Equality in Women’s Soccer on Planet Fútbol with Grant Wahl.

Shireen Ahmed is a writer, public speaker and sports activist focusing on Muslim women in Sports. She is an athlete, advocate, community organizer, and works with Youth of Colour on empowerment projects and is an avid sports coach and mentor. She is a regular contributor to Muslimah Media Watch, a…...

Jeffrey N. Gerson is associate professor of Political Science at the University of Massachusetts Lowell. He teaches several sports-related courses, including Introduction to Politics and Sports, Politics of College Sports, and Business of Sports. His most recent areas of research include women’s ice hockey and soccer, the declining number of…...

Dan Levy joined Wasserman in 2006 and currently serves as Senior Vice President of the Action Sports and Olympics Division, where he is responsible for marketing, promoting, and managing the careers of elite athletes and broadcasters, such as soccer icons Mia Hamm, Alex Morgan, and Abby Wambach. Prior to Wasserman,…...

Carla Overbeck is a retired American soccer player and longtime member and captain of the United States women's national soccer team. She is currently an assistant coach of Duke University's women's soccer team, where she has been coaching since 1992, overseeing Duke's defensive unit principally. She was inducted into the National Soccer Hall of Fame in…...

Gwendolyn Oxenham is the author of Under the Lights and in the Dark: Untold Stories of Women's Soccer and Finding the Game: Three Years, Twenty-Five Countries and the Search for Pickup Soccer (St Martin's Press). She directed Pelada, an award-winning documentary about the global game. She has written for The Atlantic, Sports Illustrated, and Slate, and has an…...

Grant Wahl began writing for Sports Illustrated in November 1996 as a reporter and was promoted to his current position of senior writer in October 2000. Wahl has covered seven World Cups (four men's, three women's) and four Olympics for SI. Some of his most notable stories include The World's Team (about…...

Jean Williams is the leading global scholar of women's football. She is Professor of Sport and Athena Swan Academic Lead at the University of Wolverhampton and consults with museums, arts and heritage organizations, including Silverstone motor racing circuit and Notts County Football Club Football in the Community. Jean is the…...

The History of Black Student-Athletes and Activism at Duke