In Gratitude: The Pleasures of Perseverance

Anthropologist Kelly Alexander remembers “Making Music With Refugees,” a public conversation with Emmanuel Hondré of the Paris Philharmonic, in this latest addition to our Gratitude Journal.

Duke Romance Studies professor Anne-Gaëlle Saliot (left) in conversation with Emmanuel Hondré (right), a director at the Philharmonie de Paris, during Making Music With Refugees from 2019. The event was part of the Arts and Cultural Citizenship Initiative co-sponsored by the Cultural Services of the French Embassy and the Center for French and Francophone Studies at Duke, the Office of the Dean of Humanities, Romance Studies, the Department of Music, the Forum for Scholars and Publics, and the Franklin Humanities Institute as part of its World Arts series.

My COVID-19 quarantine has me missing many things. As a longtime food writer and an anthropologist of food, I mourn the restaurant world in ways others would likely find melodramatic.

What I find myself most wistful for are the times on Duke’s campus that disrupted the course of my usual routine, which involved shuttling between the Friedl Building and the Center for Documentary Studies. These are the meaningful disruptions, the times that I learned something I didn’t realize I wanted to know. The best of those was Making Music with Refugees at the Philharmonie de Paris: A Conversation with Emmanuel Hondré, held at the Forum for Scholars and Publics on October 30, 2019.

Although I have little knowledge of classical music and its theory, and Hondré is a doctor of musicology, I showed up because I work on issues of resource allocation among European refugee communities. The room was filled with none of the usual folks in my campus orbit. Instead, there was a collection of students and professors from Romance Studies — unsurprising, as Duke’s Anne-Gaëlle Saliot, an expert in French aesthetics, was the organizer and moderator — as well as folks from the Music department and some Durham classical music devotees.

As Hondré explained the ongoing difficulties of integrating refugees into the world of classical music, and how his team had gotten it wrong more than once, I found myself hanging on his examples and stories.

I felt out of place as Saliot explained that this was to be the first in a series of “arts and cultural entrepreneurship” talks funded by the French Embassy in partnership with several institutes and departments at Duke. Then Hondré took over, explaining that the Philharmonie de Paris is a new institution only built in 2015, and that it had been constructed in one of the poorest districts of Paris. He described a neighborhood not only devoid of classical music fans but beset by poverty. The terms of the building funding, however, stipulated that the venue be accessible to the general public, and Hondré added that his personal mission was to connect classical music away from its usual “bubble” to other general music fans.

“How can this music make sense to those who don’t know it at all?” Hondré asked us. At this provocation, attendees like me waited for him to then explain how fun and easy this seemingly daunting problem turned out to be.

But Hondré did something unexpected. “I’m going to tell you about six case studies we tried,” he said. “And the first three were not successes.” Now he had my attention. Here was an experience I knew well from working with food waste activists in Brussels in their attempts to integrate a Muslim community into local city culture. Such efforts were often fraught with misunderstandings, sometimes even grave ones, and usually happened when organizations failed to involve a cultural program’s target audience in the programming process. And that’s exactly what happened in the first three cases Hondré described. 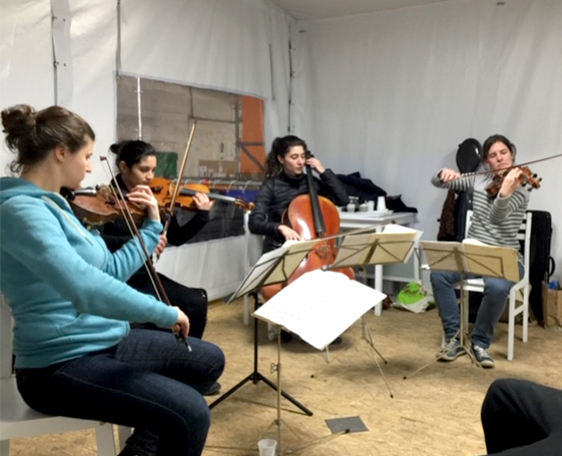 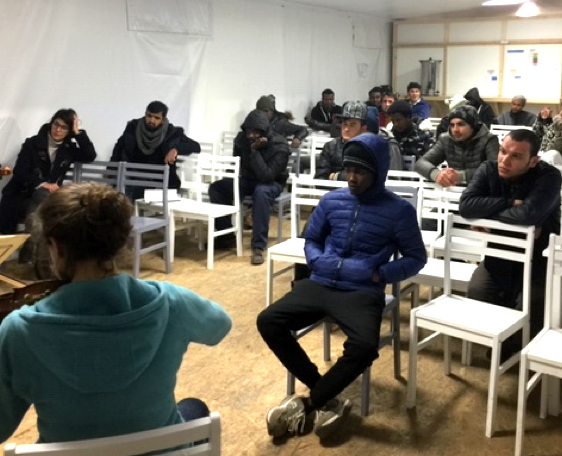 The difference? I have not been to many talks that begin with a list of failed attempts. Even though famous thinkers from Winston Churchill to Ellen DeGeneres have uttered inspiring words on facing failure, you wouldn’t know it from what we in the academy present as “findings” to our peers and interested publics. As Hondré explained the ongoing difficulties of integrating refugees into the world of classical music, and how his team had gotten it wrong more than once, I found myself hanging on his examples and stories. It was not just a storytelling gambit. He was straightforward about times when his team hadn’t listened to what locals were telling them or had failed to take their perspectives on various instruments and types of music into account. He was humble and refreshingly human. When a program didn’t work, he scrapped it and tried again. In the end, it took six tries and lessons learned from a range of failures to get what he wanted: a vibrant music venue that was not only affordable and accessible to a range of Parisians across classes, but an exciting place for newcomers, too.

I remember that this talk happened on a very rainy day, and that I left the Forum wearing galoshes and a raincoat. I remember thinking how surprising it was to find myself attending a classical music event on such a gray day, and to be reminded of the value of making mistakes. 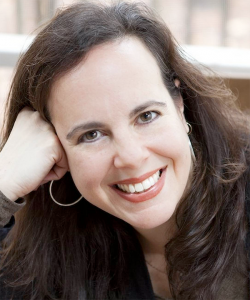 KELLY ALEXANDER is a writer and an anthropologist of food based in Chapel Hill, North Carolina. For many years, she was a senior editor at Saveur magazine, where she won a James Beard Journalism Award for her reporting. Prior to joining Saveur, Alexander worked as an editor at Food & Wine magazine. Her essays and articles have appeared in the New York Times, the New York Times Magazine, Gourmet, The Oxford American, The New Republic, O: The Oprah Magazine, Newsweek, and many other publications. She has written and co-written a number of cookbooks, including the New York Times bestseller Smokin' with Myron Mixon, now in its eleventh printing, and the critically acclaimed culinary biography Hometown Appetites: The Story of Clementine Paddleford, the Forgotten Food Writer. Alexander has been a regular contributor on the subject of food for NPR programs across the country. She is a graduate of Northwestern University's Medill School of Journalism and holds a PhD in Cultural Anthropology from Duke University.