#Docuhistory: More Than a Word

More Than a Word

Join us Thursday, July 30, 2020, for a watch party, Twitter conversation, and public Zoom discussion about the award-winning documentary film, More Than a Word (2017). For years, Native American groups have been leading the fight against indigenous sports mascots. Their work paid off in a big way this month with news that Washington's pro football team, after years of obstinate and defiant refusal, will finally change the blatantly racist name of its team. The acclaimed documentary More Than a Word tells the fascinating, and inspiring, story of the movement that forced these changes and is still working to get other teams across all sports to follow suit. Directed by Native American filmmakers John Little and Kenn Little of the Standing Rock Sioux Tribe, More Than a Word offers a deeply personal account of the injustices done to indigenous peoples, the inequalities that still plague indigenous communities, and the cultural stereotypes that have helped normalize both. Read More

At 4 pm EDT, we'll all stream the documentary film. Register and stream the documentary for free here. While streaming, we invite you to browse and join the discussion on Twitter by searching the #docuhistory hashtag or by checking in with discussion moderators Cate Denial (@cjdenial) and Joe Schmidt (@HSGlobalHistory). After the screening, at 5:30 pm, we'll convene on Zoom for a conversation with co-director John Little, Robert Keith Collins, and Cate Denial, moderated by Eric Beckman. Free and open to the public. Registration required.

The #docuhistory series aims to create an informal space where teachers, students, and historians can join together to watch a documentary and discuss teaching and learning about the film's subject matter. The series is organized by Joe Schmidt, New York City Department of Education, in collaboration with the Forum for Scholars and Publics. 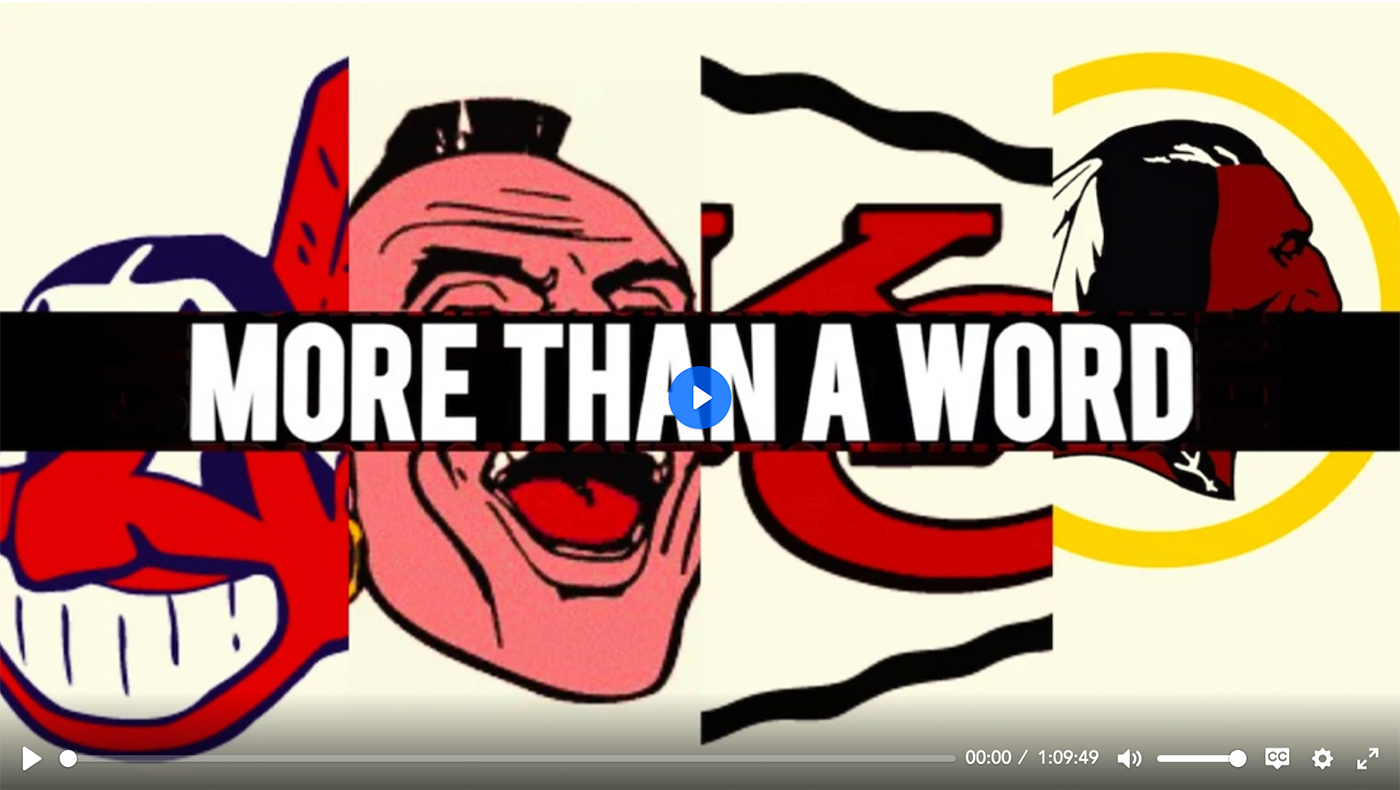 Teachers' Guide: An Indigenous Peoples' History of the United States for Young People

By Debbie Reese and Jean Mendoza

Critical analysis of Indigenous peoples in children's and young adult books, launched in 2006.

As the nation’s oldest, largest, and most representative American Indian and Alaska Native advocacy organization, NCAI has long held a clear position against derogatory and harmful stereotypes of Native people—including sports mascots—in media and popular culture.

A Native American activist calls for an end to "Indian" team mascots.

Teach This: Native American Appropriation at the Super Bowl

This weekend’s Super Bowl, between the Kansas City Chiefs and the San Francisco 49ers, offers an opportunity to talk with students about appropriation and identity.

A new curriculum from the American Indian Museum brings greater depth and understanding to the long-misinterpreted history of indigenous culture.

National Museum of the American Indian

John Little is a member of the Standing Rock Sioux Tribe. He earned his PhD in history from the University of Minnesota in 2020. He and his brother Kenn serve as the co-directors of the award winning film, More Than a Word. He is currently the Director of the Indian…...

Robert Keith Collins, a four-field trained anthropologist, is Associate Professor of American Indian Studies at San Francisco State University. He holds a BA in Anthropology and a BA in Native American Studies from the University of California at Berkeley. Dr. Collins also holds an MA and PhD in Anthropology from UCLA.…...

Eric Beckman has taught World, US, and European History with high school students at all levels for thirty years, first in California and currently at Anoka High School in Minnesota. Eric presents professional development sessions on globalizing World History and teaching historical thinking for state and national organizations. He is…...

The History of Black Student-Athletes and Activism at Duke