We stand in solidarity with Black Lives Matter and with protesters demanding justice for those killed by police. 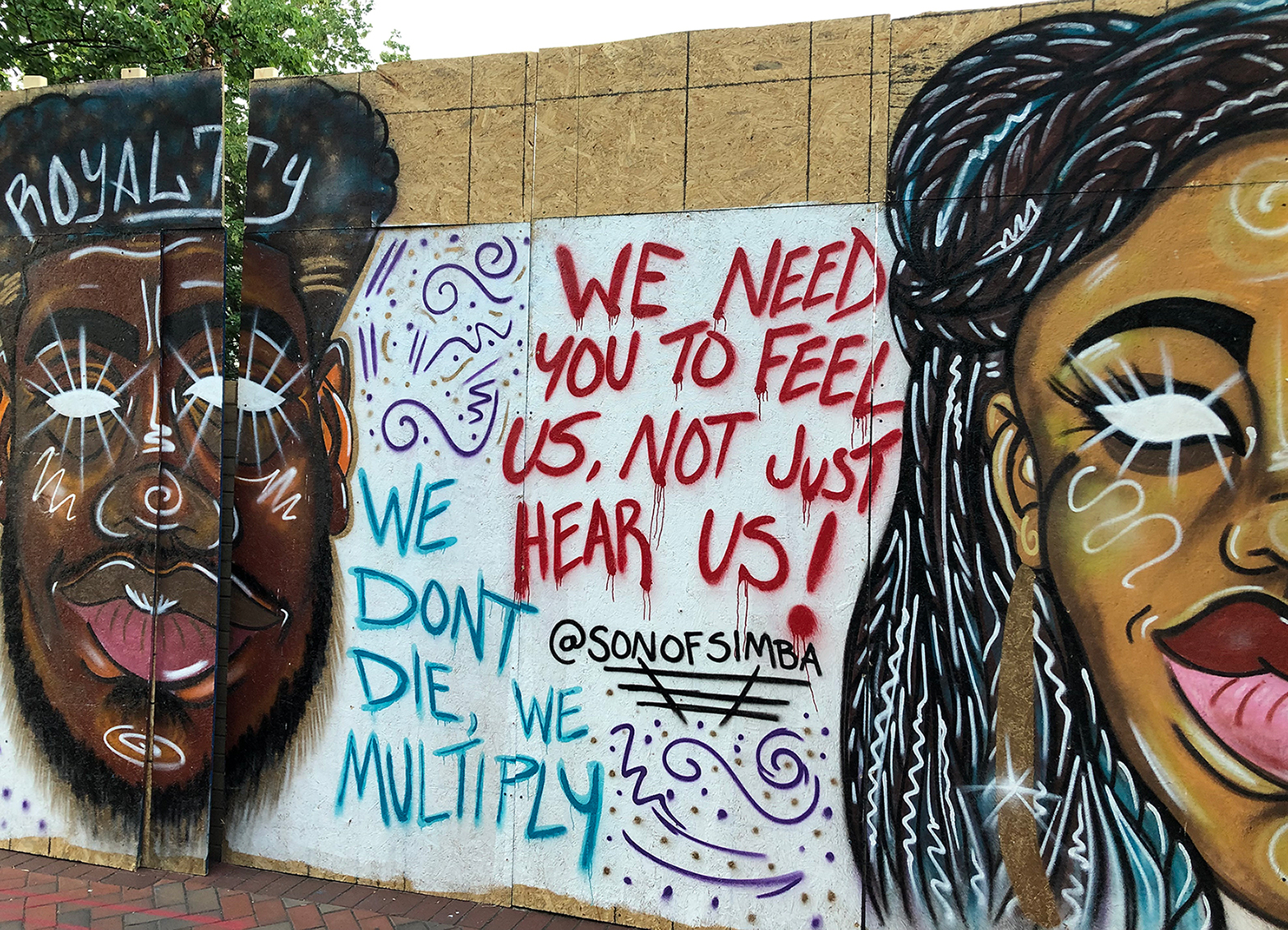 We at the Forum for Scholars and Publics stand in solidarity with those protesting the deaths of George Floyd in Minnesota, Breonna Taylor in Kentucky, Ahmaud Arbery in Georgia, Adama Traoré in France, and so many others in recent years.

Continued and brutal violence at the hands of police crystallizes the long reign of white supremacy throughout the world by starkly revealing the twin structures of racism and economic oppression that have long accounted for its power. The movements that have arisen to mourn and honor those killed by police demand profound political and institutional change. We participate, watch, and listen as first-time protesters take part in incredible acts of solidarity and creativity alongside seasoned activists, communities of artists, and leaders of the movement in cities and towns all over the country. We are hopeful that the vitality and rich political imagination on display in these moments of collective mobilization and resistance will, finally, lead to justice and lasting change.

We believe that universities must play a central role, not only in identifying, acknowledging, and eradicating racist institutional practices and acts of everyday racism, but in envisioning and constructing different futures altogether. We at the Forum for Scholars and Publics remain vigilant to the opportunities and mitigations that result from our embeddedness within Duke University, a historically white institution and a space of economic privilege where African Americans remain underrepresented across faculty ranks and, in 2019, made up 9% of the undergrad population and only 6% of the grad and professional student population. We understand our commitment to funding, promoting, and celebrating Black voices, Black scholarship, and Black art as a form of resistance to the hierarchies of exclusion that we encounter all around us and that all too often erase the most valuable knowledge and expertise from public conversation.

In acknowledging our position within overlapping structures of power, we simultaneously reaffirm our commitment to engaging with the histories and legacies of slavery and colonialism as they continue to shape our campus, our city, and the world beyond. In realizing the power conferred on those who appear at the front of the room, behind the podium, at the head of the table, on the panel, in the performance space, on the dais, and behind the microphone, we pledge to attend ever more closely to the positioning of bodies in space and reconsider how our practices, in very visible ways, can redefine who creates and disseminates so-called expert knowledge. Our programming has not always met the standard we set for ourselves, and we recommit to our founding principle of speaking with rather than about, in accessible settings and balanced formats.

We have firmly believed, since our inception in 2013, that activists, artists, journalists, and scholars, when working collectively and in conversation with one another, can transform how we see the world. We must believe today that this transformative work and collective action will help us understand the past as it lives on, and bring us glimpses of a future that is just taking shape.