August 2020 saw the passing of writer, professor, and Southbound guest organizer Randall Kenan. Celebrated as a Southern writer and as a writer of the South, Kenan was also an extraordinary mentor and teacher to a generation of students, most recently at the University of North Carolina at Chapel Hill. The Forum’s Lou Brown remembers. 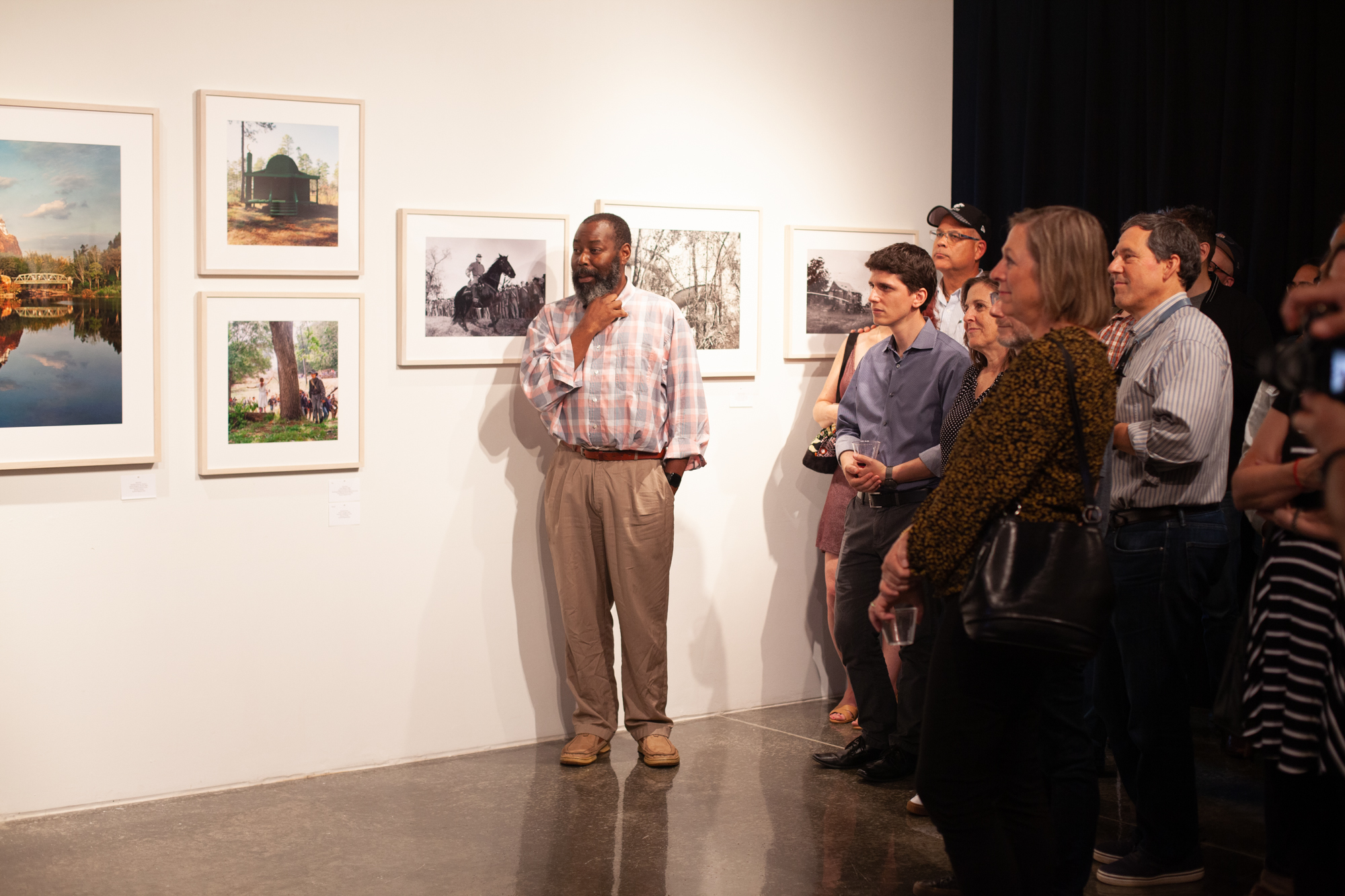 In 2019, Southbound: Photographs of and about the New South was presented by the Power Plant Gallery in collaboration with the Forum at Duke and NC State's Gregg Museum of Art & Design. Randall Kenan, pictured above, guest organized the NC iteration of the exhibition. Southbound was curated by Mark Long and Mark Sloan at the College of Charleston School of the Arts in Charleston, SC. PHOTO © HOANG NGUYEN, MFAEDA20G

We are saddened by the passing of Randall Kenan in August of last year.

His non-fiction writing shares with his fiction the capacity to engage all the senses in the experience of reading, whether the subject be the Southern funeral supper or the writings of James Baldwin.

Randall was an adored teacher. His commitment to opening doors for students who might not see themselves as writers was deep and long, as demonstrated by the numerous testimonials that poured out from former students after his passing.

To those many beautiful memorials that have been written about Randall over the past several months, we wanted to add a short reflection of our own, particularly as a testimony to his students. Even when he wasn't in the room with them, he had them very much in mind and held them in great respect.

FLUX: NOSTALGIA VS. THE FUTURE

What was so good about the good old days? Were people better? Or better off? Did food taste better? Were the presidents smarter? And what of our smart phones and quantum computers, and what of the first female Indian American president who will come from one of the old confederate states?

Where does change fit into our lives?

The American South was about change the very day Hernando DeSoto landed on the Southern shores with a ship with a belly full of hogs. The day the first slave ship landed in a Virginia harbor. The day Thomas Jefferson bought land west of the Mississippi River from Napoleon.

The ideas and problems which have dogged the South from the beginning are still afoot: race and the legacy of slavery; the bloody blunder that was secession and the Civil War; a powerful fondness for Jesus and the Protestant religion; a particular food culture tied directly to the agricultural bounty that sprang from that very landscape.

There was the horror of Jim Crow and lynching. There was crushing poverty that persevered for decades and still does in some corners.

All that time the South was a central part of America, defining the very idea of America in some ways. Novelist Albert Murray once called Southerners the "Ur-Americans." (South to a Very Old Place.) People have been talking about "the New South" since the Reconstruction Era.

Knowing the true past is a virtue; clearly seeing the future is a gift.

The New South is now.

—RANDALL KENAN, GUEST CURATOR
Excerpted from Southbound: Photographs of and about the New South

We had the good fortune to work with Randall when he organized the Southbound: Photographs of and About the New South exhibition for the Power Plant Gallery and the Gregg Museum of Art & Design in 2019.

With his deep understanding of the documentary arts, he of course brought his expertise and insight to this project. But more than that, he brought his whole self, his complete range of emotional, cerebral, and corporeal sensibilities.

As he walked with us through the Power Plant Gallery portion of the exhibition, which he labeled "Flux" to encapsulate the simultaneous experiences of nostalgia and change in the images, he would stop and draw attention to details — color, balance, texture, tension, feelings — with a profound sense of wonder and appreciation.

"I don't know how they do that," he repeated.

But what he did know how to do was tell a story. "I just can't leave an image alone. I want to create the story behind it. I'm convinced that learning to see is the key to art … I can't color the page, so I have to use language." 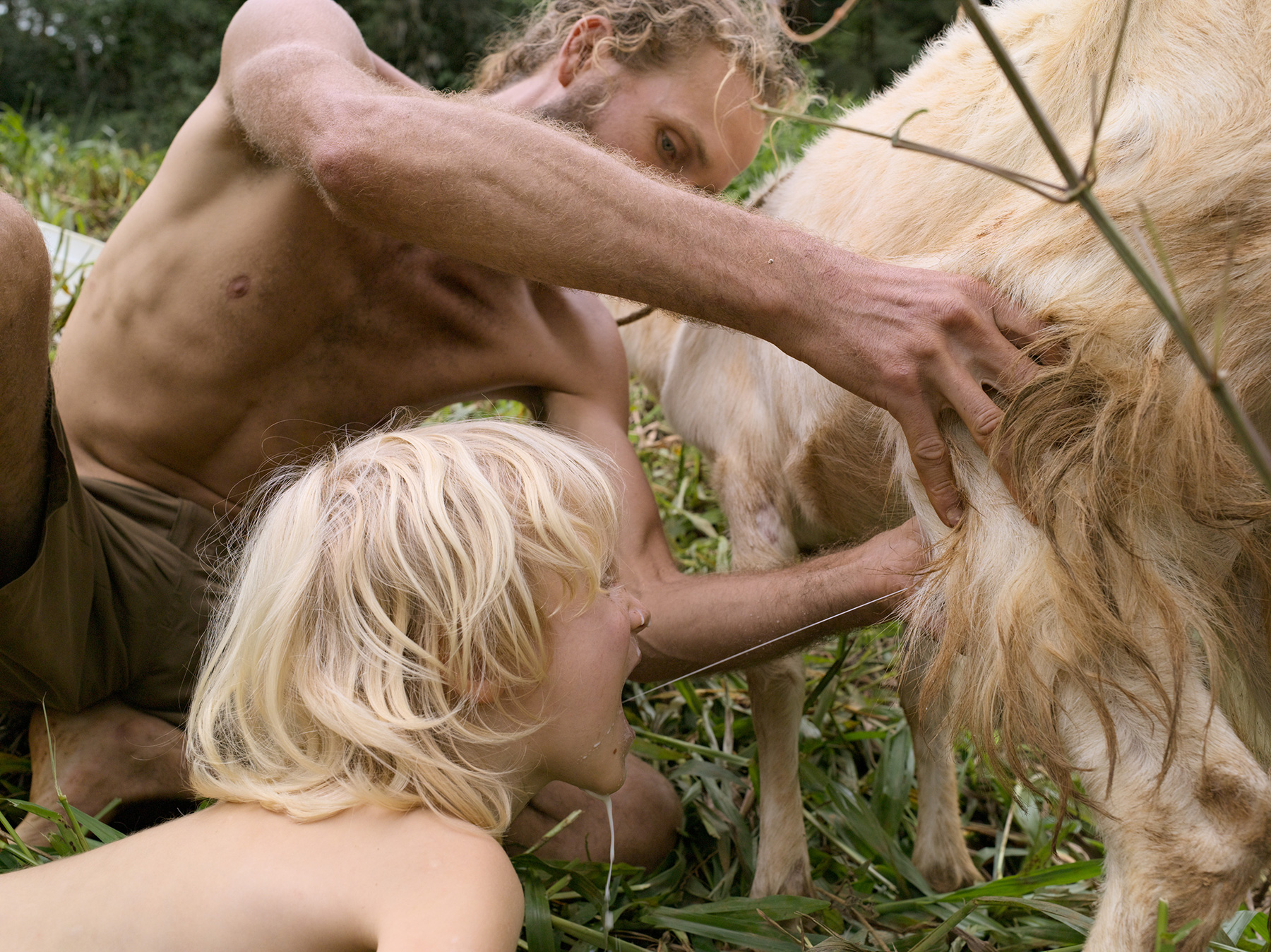 Asked to identify his favorite photograph in Southbound, Kenan described one on display in the Gregg Museum portion of the exhibit.

"A story. I could give this to my students and say, write a story about this. Especially if they were from rural North Carolina."

As much as he saw the potential for his own stories to take form from the Southbound images, Kenan was even more excited when he talked about what his students might do.

Noting the absence of images of motor speedways, from local stock car tracks to NASCAR, he remarked on his students' abilities to see a world others miss. "I have students who would have gone to Darlington. They would have taken those photos."

Later, while examining Gillian Laub's photo, Julie and Bubba, Mount Vernon, he observed, "This, I think, talks about the future and the idea of flux. And is there anything more provocative in American — not just Southern, but American — life than interracial love? But it's also hopeful."

Kenan singled out details — the warm color palette, the comb in the young man’s hair, the car with writing on the windows, the football jersey — and nodded, "A story. I could give this to my students and say, write a story about this. Especially if they were from rural North Carolina. They could nail it." 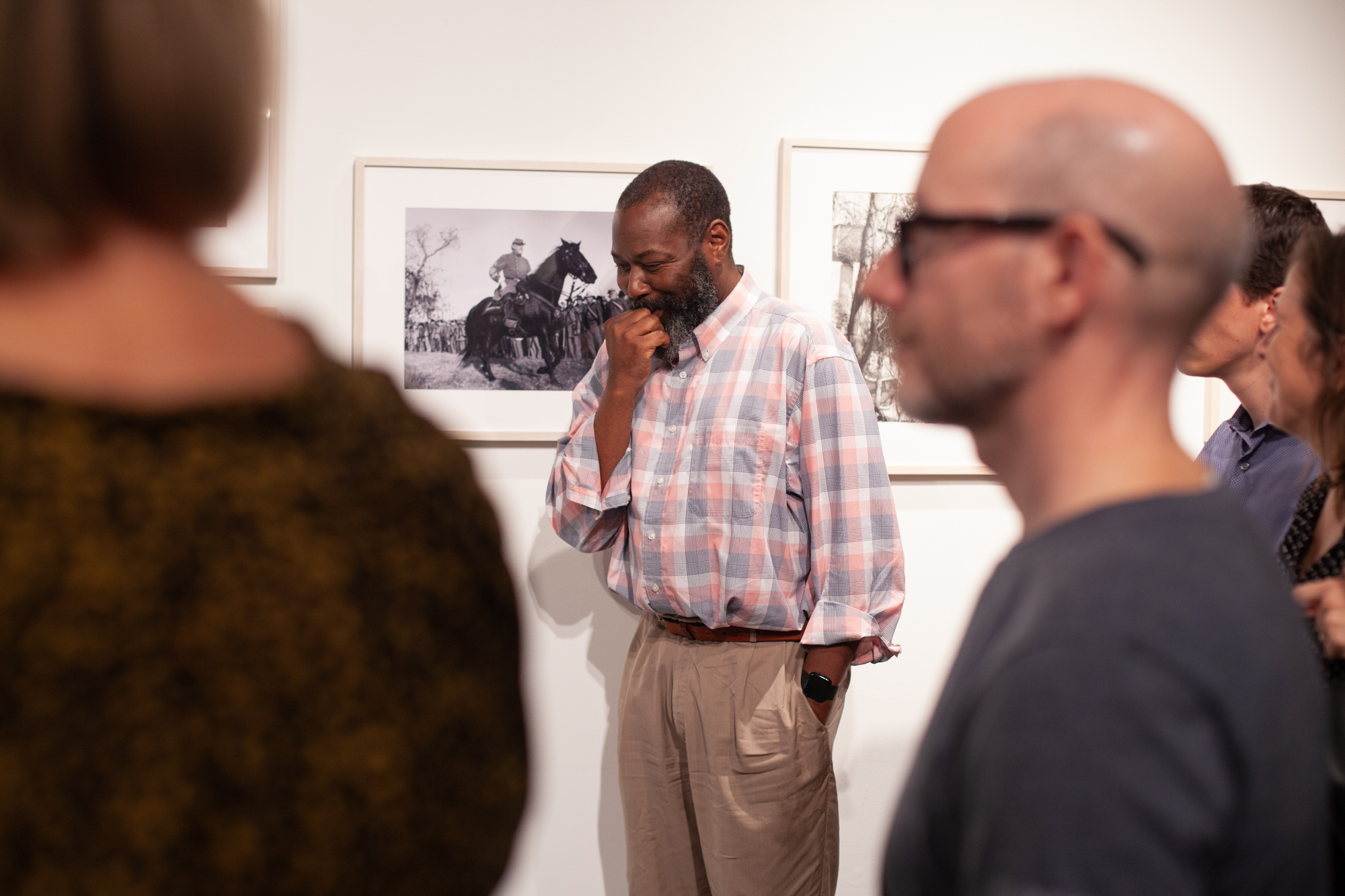 As we were wrapping up our time together, Kenan reflected on the feelings evoked by some of the photos, particularly of small towns, rural spaces, and young people.

Once again, he connected it to his teaching experience. "I had a young student a couple of years ago. He wrote about that phenomenon of small towns, hanging out in the Walmart parking lot, driving around, cruising. And I was just so thrilled. It was like — this is authentic. This is real."

We will remember Randall Kenan for many things, but especially for his ability to see in his students what they had yet to see in themselves. May he rest in peace, and may those who learned with him find comfort in his memory.