On March 30, 2016, the Forum for Scholars and Publics was privileged to host a discussion about the Dominican Republic and Haiti, featuring Évelyne Trouillot, Edward Paulino, and Samantha Galarza, and moderated by Duke doctoral student Nehanda Loiseau. 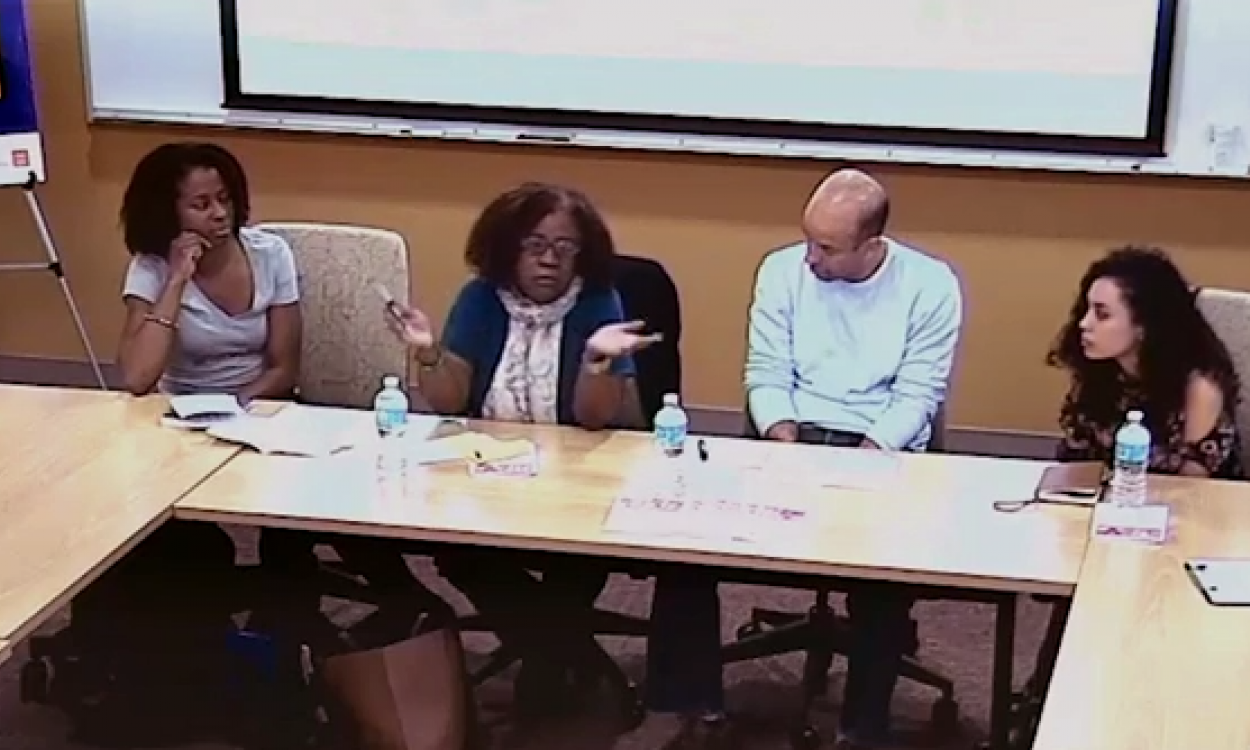 Trouillot, a native of Haiti, is a scholar and a novelist who has written fictional accounts of key periods in Haitian history.

In 2012, she wrote her first play, Le Bleu de l’île (English tr: The Blue of the Island), which tells the story of a group of twelve Haitians who set off in the back of a pickup truck to seek a better life across the border in the Dominican Republic. A historian who specializes in the Caribbean and Latin America, Paulino has written and performs in a one-man play, Eddie’s Perejil, about his own reaction, as a young New Yorker of Dominican heritage, to learning about the 1937 genocide of thousands of Haitians along the Dominican border in what has become known as the "Parsley Massacre." Samantha Galarza visited Duke to direct a production of Paulino's play on March 29 as part of “Border Story Fest: the Dominican Republic and Haiti,” a set of gatherings for theater and conversation centered on the border between Haiti and the Dominican Republic. 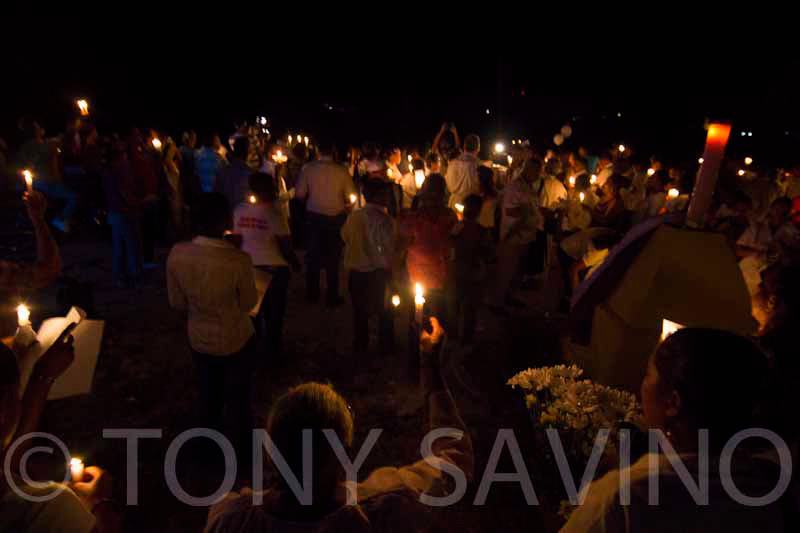 Commemorating the 1937 massacre at the Haiti-DR border

The 90-minute discussion covered a broad range of topics including history, language, travel, research, representation, family, identity, politics, literature, and translation, all around the core themes of crossing emotional, physical and intellectual borders. Lamenting ongoing government actions against Haitians in the Dominican Republic, the panelists insisted that keeping history alive through scholarship and the arts is necessary to prevent the additional violence of forgetting or rewriting the past. 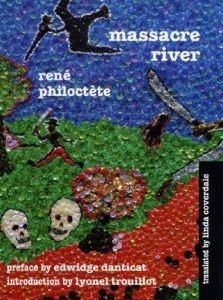 We encourage you to watch the entire discussion to experience for yourself the energy, curiosity, and knowledge that filled the room. At the end of this program, we at the Forum for Scholars and Publics said to each other, “That was the Forum at its best.” Why? Because the content and tone of the program were co-created by the panelists and the audience, with a valuable interweaving of scholarship and experience and humility. After the initial discussion among the panelists, the first audience question gently prodded them to back up a few steps and provide some foundation for those in the room who had no background in the history of Haiti and the Dominican Republic. What followed was a clear, concise, and generous response, with Paulino drawing on his expertise to provide a historical overview of the 1937 massacre, and Trouillot drawing on literary accounts, (and particularly the novel, Le peuple des terres mêlées (English tr.: Massacre River) by René Philoctète) to guide our attention to the close personal relationships between ordinary Haitians and Dominicans that were torn asunder by the violence. (If you would like to listen just to this segment, it begins at @ 32:30 on the video, and ends around 44:00.)

Other questions followed the first, some asking for more historical background, others wanting to dig deeper into the complexity of contemporary Haiti-DR relations. Question-answer quickly turned into conversation. There were Dominicans and Haitians in the audience who offered different viewpoints based on their own experiences. There were occasional group struggles to come up with adequate translations for phrases that seemed to capture an idea just right in French or in Spanish, but seemed off the mark in their English form. Overall, the room pulsed with a spirit of generosity and intellectual excitement.

We’re thrilled when people — audience members and panelists — come to our space and are willing to acknowledge, “I don’t know.” We're grateful when moderators create a relaxed, open and trusting space for panelists to enter into discussion, as Nehanda Loiseau did beautifully for this program. We’re excited when audience members provide their own expertise, providing insights we wouldn’t otherwise have access to. And we appreciate the scholars who, when faced with a challenging question, figure out how to talk with us instead of at us, letting us accompany them on their journey of discovery. The generous participation of everyone in the room helped the Forum be at its best in discussing the emotionally and intellectually complex subject of Haiti-Dominican Republic relations.